David Mann, chief commercial officer at the rapidly growing game provider Swintt, will succeed David Flynn as the company CEO. This news comes as Flynn prepares to dedicate his efforts to his CEO duties at Glitnor Group, Swintt’s parent company.

Mann Will Be Swintt’s New CEO

Flynn will vacate the CEO seat at Swintt and will instead take a position among the company’s board members. Meanwhile, the experienced Mann will step in as the provider’s new chief executive.

Mann was selected for the position thanks to his experience and history with Swintt. He joined the company in 2019 and has since played a crucial role in the company’s growth efforts. Under Mann’s guidance, Swintt successfully expanded into new regulated markets and substantially grew its footprint.

Before joining Swintt, Mann worked for other notable gambling companies. He had a two-year tenure as sales and business development manager at Wazdan, preceded by a three-year tenure as content manager and head of sales at Spigo. In 2014, Mann had a short stint with Betway. Prior to that, he worked as a deputy manager of William Hill – a position he held for over six years.

Flynn Is Assured Swintt Is in Safe Hands

Mann spoke about his new role, saying that he is “thrilled” to be able to lead a company that is both dynamic and visionary.

Over the past couple of years, we’ve witnessed incredible growth in a number of key markets and I’m very much looking forward to being able to continue contributing to this outstanding progress in my role as CEO.

Swintt welcomed Mann as its new CEO and released a statement where it praised the man for his contributions.

The promotion is a fitting recognition for his [Mann’s] efforts in helping establish a number of important partnerships that have brought about a rapid expansion of the business in global markets.

Flynn, who will focus entirely on his duties at Glitnor Group, also spoke on the matter. He noted that he believes Mann is a perfect successor. Flynn can therefore dedicate his time to other matters while knowing Swintt is in safe hands.

Over the past couple of years, David has proven he has the experience and expertise to flourish in the role while driving further growth for Swintt, and by handing over the reins, I’ll be able to fully focus my efforts on helping Glitnor Group become one of the most entrepreneurial and fastest growing business groups in the iGaming industry.

In other news, a few weeks ago, Swintt released Win Eagle, a new slot game with a North American theme.

Global iGaming platform provider SOFTSWISS has appointed Rhys Hamilton as its new head of VIP at managed services. The new hire is a seasoned veteran in the iGaming industry who brings 18 years of experience under his belt which will make him a valuable addition to SOFTSWISS’ own operations as the company undertakes further expansion […] 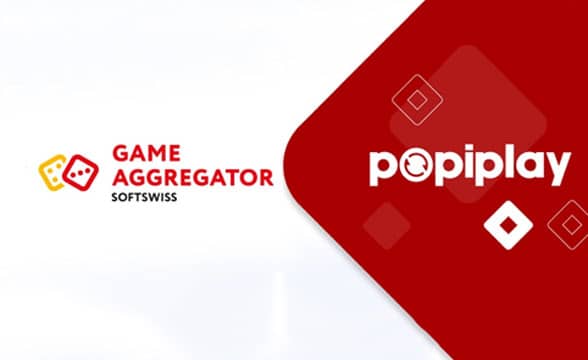 Gambling software developer featuring one-stop-shop iGaming software solutions for sportsbooks and online casinos SOFTSWISS has announced a new content distribution deal with iGaming studio Popiplay. The Sweden-based studio was established in 2022 under a license issued in Curacao. The studio is busy creating state-of-the-art online slots that are highly rewarding and entertaining for players with […]