Twenty days after the Maine House voted to enact the legal sports wagering bill LD 1352, the Senate announced the summer break, scheduling the bill for the 130th legislative session on January 5, 2022. This is the second time in the past two years that the bill has made a step forward during an initial session, but it will now have to wait six months. If the bill gets approved next year, Maine will be the fourth New England state to legalize sports wagering.

Maine’s legislature approved a sports wagering bill in 2019, which would have opened up one of the most prominent competitive marketplaces in the US. Rhode Island, New Hampshire and Connecticut already legalized sports betting and offer live sports wagering.

Massachusetts lawmakers will gather tomorrow to debate the legalization of their sports betting bill in the House Ways and Means Committee. The Massachusetts legislature already has a redrafted House bill, proposing licenses in three categories. House Bill 3974 could move quickly and the state could legalize sports wagering before the summer break.

Gov. Janet Mills had time from July 2019 to January 2020 to sign it, and this time it needs the Senate’s approval to get to her desk again. However, if the Senate approves it, it is not clear if she will sign it off. According to rumors, the bill would not pass, or if it does, Mills will veto it, following the same route she has previously shown.

Luchini Tried to Kill His Own Bill Because of Tethering

Operators may not be happy with this postponement. In its first drafts, LD 1352 started as a bill that would allow mobile wagering with no requirement for digital platforms to be tied to casinos or other gaming facilities. This measure would have allowed licensed operators to enter the state’s market without having a physical venue. However, during the vote to engross the bill, it was decided that it would require mobile wagering to be tied up with a physical facility.

Luchini, who is against that measure, tried to kill his bill, but the other legislators passed it and with minor adjustments, the House passed it too.

Kyle Christensen, a former Facebook and Netflix executive, is set to help Australian sportsbook PointsBet increase its market share across US gaming jurisdictions as the firm’s US chief marketing officer. ‘Upping Our Game’ PointsBet announced the appointment of social media specialist Kyle Christensen as its US chief marketing officer today. He will support the sportsbook’s […]

After signing deals with BetMGM and DraftKings, the Philadelphia 76ers have added another sportsbook to its roster. The NBA team just signed another deal, recruiting Betway to be its latest partner. Betway Becomes an Official Partner of the Philadelphia 76ers This past Monday, the 76ers announced that the team entered into a multi-year partnership with […]

In June this year, the International Betting Integrity Association (IBIA) has released the Optimum Betting Market study. This first-of-a-kind whitepaper assessed the regulation of betting in 20 different jurisdictions across six continents. Optimum Betting Market Study Is Now Available in Portuguese and Spanish IBIA announced earlier today that it had released Spanish and Portuguese translations […]

The Louisiana Gaming Control Board (LGCB) has given the green light on the sale of a horse racing track and casino located in the northern part of the state for a price tag of $22 million. Rubico Acquisition Corp. is set to meet with the gaming regulator today and get approval for the purchase of […]

It was back in 1983 when Iowa legalized pari-mutuel betting on dog and horse racing. Then, in 1991, the state opened the doors of its first casino. More recently, in 2019, Iowa became the 11th US state to launch legal sports wagering. Will Iowa Expand Online Gambling? Since 2019, 18 commercial and tribal operators have […]

London-based gambling company William Hill is under fire by gambling opponents for its decision to sell food in some of its stores. The idea is pretty new and is being tested in 5 out of 1,048 retail locations, The Guardian reported. Gambling Opponents Slam the Food Offering According to those opposed to the gaming industry, […]

Polymarket, a New York-based cryptocurrency wagering platform, is under investigation by the US Commodities and Futures Trading Commission (CFTC) for breaking financial rules, Bloomberg reported over the weekend. Trading with Derivatives Tasked with regulation for derivatives trading, the CFTC launched a probe into Polymarket, investigating whether the platform is allowing its customers to trade swaps […]

Sports customer engagement platform OtherLevels announced a new agreement with FireKeepers Casino to become its preferred digital engagement partner. Real-Time Player Data-Based Engagement The partnership between OtherLevels and FireKeepers Casino will leverage messaging capabilities to engage with a broad spectrum of audience segments utilizing customization by preferences, player value, past behavior and geolocation. We are […] 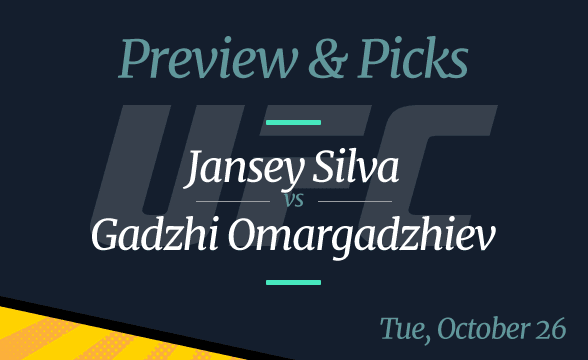 The fifth season of Dana White’s Contender Series returns on Tuesday with six bouts. The headliner fight of the event is Jansey Silva (7-1) vs Gadzhi Omargadzhiev (12-0), which is by far the most interesting on the list. As there’s a UFC contract at stake, you can be sure that both fighters will give their […] 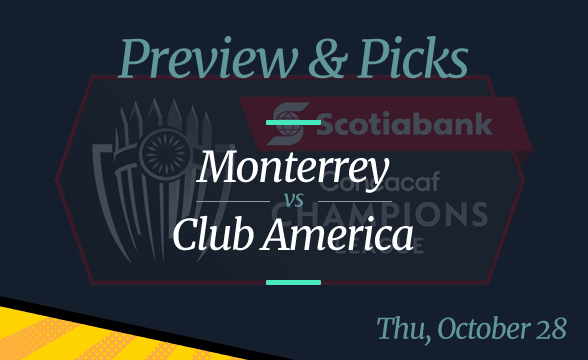 The 56the edition of the 2021 CONCACAF Champions League comes to an end on Thursday with the final match in which Monterrey and Club America battle for the trophy. Who will become the new champion of the Americas? Bookmakers think it’s going to be a very, very close game. No surprise there, as the two […]

L’Autorité Nationale des Jeux (the National Gaming Authority (ANJ) of France has issued a warning to operators in the country. The regulator is unhappy with the unjustified limits that they have been putting on responsible players. The French Authority Appealed to the Code of Consumption This comes in the wake of numerous complaints from bettors […]

Mobile sports betting operators’ deadline to amend their proposed tax contribution expires today at 5 PM as told by the New York State Gaming Commission (NYSGC). The Commission also confirmed that a GGR rate of up to 64% could apply to applicants. The Highest Tax Rate Has Been Selected, According to the Commission The NYSGC’s […]

Caesars Entertainment is preparing for a full-scale launch in Louisiana which is expected to get underway with an official go-ahead for interactive wagering on November 1. To give itself time to reach customers and position its product, the company’s best-in-class app has launched on the market ahead of schedule, with consumers able to download, register, […]

GeoComply: Connecticut Betting Fueled by NY in Week One

With Connecticut launching online casinos and sports betting last Tuesday, the first trickles of big data are already in. GeoComply, the company that helps operators in the US provide their services to players based in the same state, has offered a quick summation of the numbers in the first week of betting in the Constitution […]