The extensive study was reportedly not due for at least a month or two more, but since the session ends on July 31, the Massachusetts Gaming Commission has decided to lend a helping hand in any way it can before the deadline.

Details to Comb Through Before Legalization

The Massachusetts Gaming Commission held a meeting on July 26, with one of the points on the agenda being an update and discussion on the upcoming Sports Wagering Report that the Commission is still working on, and it has shared a draft version with the conference committee.

The Senate and House Bills differ in regards to a few separate points, with college sports betting, tax levels, and betting ads during live sports broadcasts often being the main topics in the conversation. While the House Bill is a bit more relaxed, the Senate Bill calls for higher taxes and heavily focuses on addressing problem gambling from the start. A key point that lawmakers have been mulling over turns out to be college sports betting, however, with Senate President Karen Spilka reportedly being outspoken about House Speaker Ron Mariano’s “all or nothing” approach, after per Spilka’s words Mariano has said that if “college sports betting isn’t in” the sports betting bill, “there’s no point in doing it.” Mariano himself has been rather vocal about his dislike of the Senate Bill, calling it “paternalistic.”

In the end, it’s the lawmakers’ job to find a compromise solution on these key points and the good news is that practically all states that have legalized sports betting have gone through a similar conundrum and it’s always been resolved in one way or another. Both bills want to accomplish the same goal – establishing the legal framework for legal sports betting in Massachusetts and in both the Massachusetts Gaming Commission (MGC) is going to be the regulatory body, tasked with overseeing the new industry.

Back when Massachusetts first legalized casino gambling, the talk of the town was the industry that was going to be developed, how to tax it, how to regulate it, etc. However, an unspoken hero in the entire process was the research department at MGC, the University of Massachusetts Amherst, and all the scientists spending countless hours researching the potential impacts gambling will have on the population. A prominent example of that was the famous Massachusetts Gambling Impact Cohort (MAGIC) study. It was a long-term study, focusing on the gambling behaviors and attitudes of participants throughout a multi-year period of time, which proved incredibly useful in gaming regulators’ decision- and policy-making in regard to gambling in the Commonwealth.

This upcoming ad hoc report that’s focused on the effects of sports gambling in the state of Massachusetts is expected to carry a lot of weight, so it’s normal for it to take some extra time, going through a tough review and verification process. The MGC releasing a draft version of it probably comes only as a result of the time constrictions around the subject of that report, as the session ends on July 31.

It’s unclear exactly how helpful the study can be in regards to overcoming snags such as disagreements on college sports betting and reports suggest that the official release could happen in another month or two, so that would’ve been well past the end date for the session. Other states have solved this exact problem by allowing sports betting on games that don’t involve state colleges, for example, or allowing betting only during locally important events, so maybe taking examples from ready solutions might prove very beneficial in the short term as well. 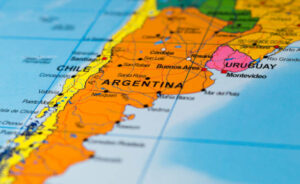 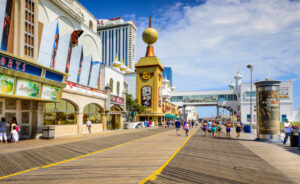