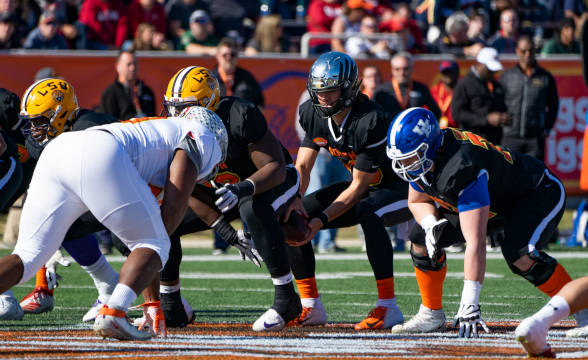 Thursday Night Football brings us an AFC West clash in Week 2. On September 15, the Los Angeles Chargers travel to Arrowhead Stadium to take on the Los Angeles Chargers. Both teams are 1-0 after one week of NFL action, but only one of them can win on Thursday. Who will it be? That’s something we’ll try to answer in our Chargers vs Chiefs prediction piece.

Our Chargers vs Chiefs prediction is that this is going to be a very high-scoring game. The reason is that both teams have plenty of weapons in their offensive arsenal. There were some worries, though, that Kansas City’s offense might not be as lethal as it was in the past when Tyreek Hill was there.

As a reminder, the lighting-fast wide receiver moved to the Miami Dolphins during the offseason, leaving a huge hole in the Chiefs’ attacking department. As they didn’t bring in any A-list WRs to replace Hill, some pundits were convinced they would struggle at the start of the 2022 NFL season. But they didn’t struggle in Week 1.

Instead, they beat the Arizona Cardinals 44-21 on the road. Patrick Mahomes threw for five touchdowns in that game, with four different players catching his passes, namely:

The Chiefs also did very well in the defense against the Cardinals, but there’s a caveat. They didn’t have to worry about Arizona’s best receiver DeAndre Hopkins, who’s out with a suspension. In Week 2, however, the Chiefs defense will have a much harder job on their hands.

The Chargers are 3-1 in their previous four trips to Arrowhead Stadium. In each of those wins, their offense did a fabulous job, scoring at least four touchdowns. Their defense, however, conceded 20+ points each time.

That said, the big question isn’t whether the Chargers can score a lot in Thursday Night Football; the real question is whether their defense can do enough to get them their second win in 2022.

Well, the Chargers defense looks much stronger than it was before, now that Khalil Mack is on the roster. Then, there’s also Joey Bosa, who too has what it takes to create hell for the opposition. The trouble is that these guys might not be good enough to get to Patrick Mahomes.

One of the reasons why Mahomes has been such a prolific passer is that he has an amazing offensive line to protect him. They did a fine job against the Cardinals, and we expect more or less from them in Week 2.

We predict real drama in the TNF game of Week 2. Both teams are going to do great in the offense, meaning that we should see well over 55 points in total. But who’s going to win the game? Oddsmakers think the hosts are more likely to do it, but we feel a surprise might happen. If Khalil Mack and Joey Bosa do their job well, the Chargers could get to 2-0.