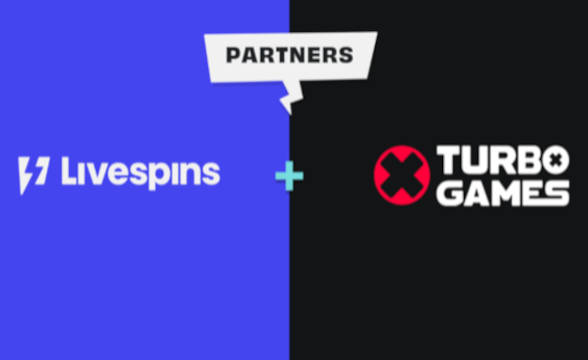 Livespins has signed another content supplier to its growing portfolio of available companies that streamers can tap into and share the experiences with iGaming audiences worldwide. Turbo Games, a developer of crash games, is now the latest partner to have its titles featured on Livespins.

Excellent Way to Innovative and Uplift the Content Offer

Moving forward, Livespins streamers will be able to access Turbo Games titles that have been integrated with the platform to bring even fresher experiences to audiences who can watch streamers play and even participate in the action by betting as spectators. This innovative type of play and experiencing iGaming similarly requires a new type of content.

This is where Turbo Games comes in with a number of arcade-style content and games that strike home with consumers and player bases. Turbo Games has developed a number of fantastic titles and options, including Crash X, Dice Twice, Hamsta, Mines, Neko, Towers, Fury Stairs, Ball & Ball, Limbo Rider, and Bayraktar, to name a few.

Commenting on this launch, Livespins CCO Michael Pedersen hailed Turbo Games’ quality crash games that are now going to be part of the action. He said:

Turbo Games has cracked the code when it comes to creating highly engaging, fast-paced content that will allow our streamers to deliver the thrills and spills that streaming audiences expect.

It’s the type of partnership that Livespins’ audiences and streamers need and deserve, Pedersen explained.

Turbo Games head of sales Vadim Potapenko was similarly pleased with the opportunity. He explained that the company’s games were all about delivering great entertainment value for slot and iGaming players, and added:

Our crash games in particular quickly build anticipation and ensure that players, as well as streamers, are on the edges of their seats from the first round to the last.

Through this integration, Potapenko said, Turbo Games will continue to boost its reach and engagement with audiences worldwide. Livespins has been securing important partnerships in rapid succession. Earlier this week, the company confirmed that its streamers could access Relax Gaming products. A few weeks back, Livespins also signed a partnership for Endorphina content.