LeoVegas Group remains happy with the third-quarter results for the period ending on September 30. During that period, the company posted revenue of $114.1 million with much of the revenue boosted by the iGaming sector and casino games.

The company reports that 76% of the total revenue in the quarter was generated through online casino games, with another 14% delivered by live dealer games and 10% driven by the sports betting vertical.

Customer deposits registered a 5% year-over-year increase to $354.09 million, converted from euro which is the original currency of the report. According to the company, new depositors constituted 188,221 of the total. Another 281,500 were qualified as returning depositing customers, the report continued. This constituted an 8.4% year-over-year.

LeoVegas’ performance in the Nordic markets was boosted by its acquisition of Expekt, which was bought from Betclic back in March. The move has paid off as the Nordics have proven a vibrant market for the company, bringing in 44% of the revenue in the quarter.

Sweden seemed to bring in the biggest slice of the bacon home, with LeoVegas chief executive Gustaf Hagman, confirming the group’s strong results in the country. Revenue for the rest of Europe accounted for 34% of the total quarterly revenue.

Growth was registered in both Spain and Italy, two heavily regulated markets that have nevertheless proven fertile ground for the company, which has been expanding. Two important regulatory shifts happened in the quarter, with LeoVegas halting operations in the newly-regulated Dutch market.

The group faced headwinds in Germany where the State Treaty on Gambling introduced a $1.15 limit on the individual spin for slots. Hagman was confident that the moves done in the past quarter have impacted the company positively:

“The favorable revenue growth for the group confirms that the strategy to simultaneously scale up a number of markets and relaunch the Expekt brand has been a success.”

Dutch and German Markets Could Weigh Down LeoVegas in Q4

LeoVegas may face more headwinds as the Dutch and German markets will take some adjusting. With no revenue coming from the Netherlands and Germany limiting the scope of gaming, similar to what the UK has done, LeoVegas will have to undertake new initiatives to plug any potential revenue gap.

The good news is that the company has found a successful operational formula in the Nordics, something that may be applied elsewhere. The company defeated a regulatory probe in Denmark, signaling the company’s compliance with local regulators and focus on consumer well-being.

Meanwhile, the fourth quarter has started on a positive note with the company approved to start bond trading on NASDAQ Stockholm. 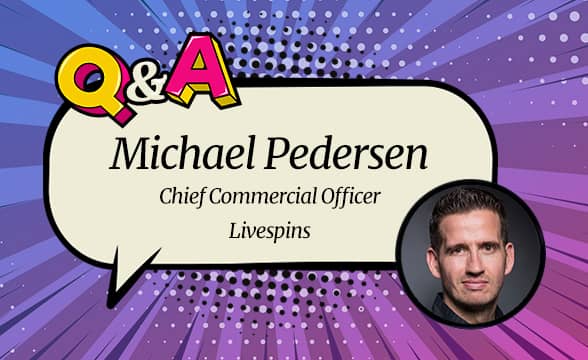 Livespins CCO Michael Pedersen walks us through the company, the very origins of the project, its success with top-flight iGaming brands, and the recent partnership opportunities Livespins has been able to claw for itself. The innovative model has captivated audiences, enabling Livespins to continue revolutionizing the way people consume and enjoy slot gaming. Speaking of […]

Andrew Lo Steps in as Executive Director for Suncity Group

Suncity Group Holdings finally has a new executive director with Andrew Lo Kai Bong assuming the position. This comes shortly after Lo increased his stake in the company to 74.98%, in what is rumored to be a buyout of the previous director’s shares. Alvin Chau, the former chairman of the company, was arrested back in […]