LeoVegas Group released its Q2 report in 2022 and the results state that the revenue had a 1% YoY increase as it reached €97.9 million ($101.1 million). Local currency organic growth was also up 1% and excluding the Netherlands, the group’s revenue increased by 9%.

The Number of Depositing Customers at LeoVegas Decreased

Even though the revenue recorded a slight increase, the report shows that the number of depositing customers was 442,647, which represents a 4% decrease to 460,697 in the same period in 2021. The revenue is also slightly lower than the revenue in Q1.

One of the fields where LeoVegas fell short was new depositing customers (NDC). The report shows that the number of NDCs was 158,149, which is 11% lower than Q2 in 2021 (177,503). LeoVegas noted that the main reason for the decline is the new legislation in Finland and the shift of focus to Latin America concerning high-quality customers.

Gustaf Hagman, the CEO of LeoVegas Group, stated that most of the markets “continue to develop well” and added that the company increases its focus on sports betting and its sportsbook brands Expekt and BetUK.

These two brands recorded record revenue for the quarter, as well as sports betting as a whole. Hagman gave insight into the near future as he said that LeoVegas intends to enter soccer sponsorships.

LeoVegas May Be Purchased by MGM International

LeoVegas’ board of directors recently shared their unanimous support of MGM International’s public offer for a price of SEK61 ($6.08) per share. The total value of the offer corresponds to around SEK5.957 billion ($595 million).

The board of directors at LeoVegas has advised its shareholders to accept the offer. The completion of the purchase is conditional that the offer is accepted and MGM owns 90% of the outstanding shares in the group. However, LeoVegas is facing a couple of problems recently. Its Stockholm offices were visited by SECA officers and informed the operator that there’s an ongoing investigation into insider trading. In the UK, LeoVegas was also hit with a £1.32 million ($1.6 million) fine for failing to comply with AML and social responsibility rules. 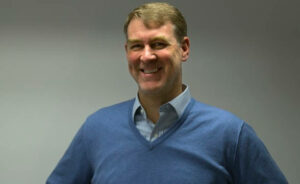