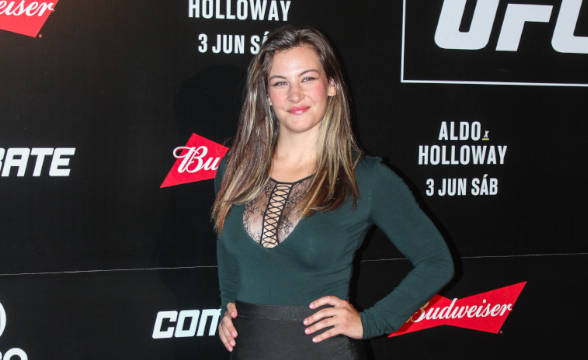 Saturday, July 16, 2022, is when UFC on ABC 3 is taking place at UBS Arena in Elmont, New York. Also known as UFC on ABC: Ortega vs Rodríguez, the event is headlined by a fight between the #2 and #3 in the UFC featherweight rankings, Brian Ortega and Yair Rodriguez.

In addition to the main bout, there are several other interesting fights on the main card, including the one between Lauren Murphy and Miesha Tate, which is the one we’re going to preview in this post. The fight in question is a women’s flyweight duel between a former title challenger and a former champ.

When it comes to Miesha Tate, she fought for the title in 2013 for the first time, when she was in the bantamweight division. Her championship dreams were crashed by legendary Ronda Rousey. Three years later, she won the UFC Women’s Bantamweight Championship by defeating Holly Holm. Unfortunately for her, she lost the title just a few months later to Amanda Nunes.

All odds are per FanDuel as of July 11.

Lauren Murphy Looking to Bounce Back After Losing the Title Fight

Murphy’s professional MMA record is 15-5, with most of her losses happening years ago. In fact, before getting a shot at the UFC Women’s Flyweight title, she went 5-0 from August 2019 to June 2021.

Even though she did start the title bout in top gear, Murphy just wasn’t able to stop Valentina Shevchenko. The fight lasted until the fourth minute of Round 4 when Shevchenko beat her by technical knockout.

It was Murphy’s first-ever loss by this method. The other four defeats all happened by decision. When it comes to her victories, Murphy won eight fights by KO/TKO, six by decision, and just one by submission.

Even though she used to hold the championship belt in the UFC for just four months, Miesha Tate is considered one of the greatest female fighters in the history of the promotion. She joined the UFC in 2013, fighting a number of elite fighters over the following nine years.

What’s interesting is that she’s fought only in the UFC Bantamweight division so far. However, on July 16, she’s making her flyweight debut. The decision to move down a weight class probably has to do with the fact that she didn’t do great since losing her bantamweight title in July 2016.

In fact, after losing to Nunes, she lost to Raquel Pennington as well, before beating Marion Reneau a year ago. However, her most recent fight saw her lose to Ketlen Vieira by unanimous decision. It was her eighth career loss, while she also got 19 wins in her portfolio.

What’s interesting is that most of her fights went the distance. She won eight bouts by decision, seven by submission, and four by knockout.

Oddsmakers think Miesha Tate is going to win this fight and we can only agree. We think she’s more skillful, as well as stronger than Murphy. However, we also don’t think she’s going to have an easy job on Saturday. In fact, we think it’s very likely this fight will last until the final bell.