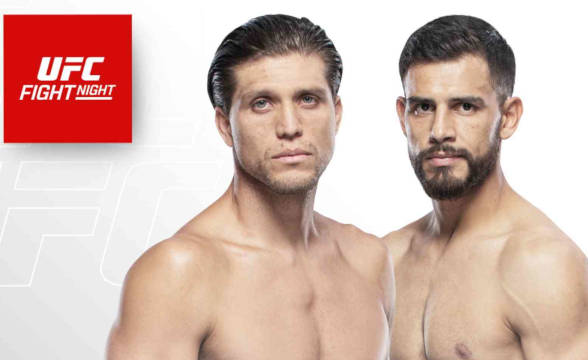 Saturday, July 16 is when UFC on ABC 3 a.k.a. UFC on ABC: Ortega vs. Rodriguez is on the program. The featherweight clash between Brian Ortega and Yair Rodriguez headlines the event. That is the bout we’re going to analyze in this UFC preview.

All odds are per FanDuel as of July 11.

Former Title Challenger to Bounce Back on the Right Track

Brian Ortega is 15-2 in his professional career, with both of his losses happening in title fights. The first of those happend in December 2018 when he lost to Max Holloway by technical knockout in a fight for the UFC Featherweight Championship.

His next fight happened in 2020 when he defeated The Korean Zombie, which gave him another shot at the title. Ortega’s second title challenge happened in September 2021 when he went toe to toe with Alexander Volkanovski. Unfortunately for Ortega, he suffered the second loss of his career – Volk beat him by unanimous decision.

Fast-forward to summer 2022 and Volkanovski is thinking about moving up a division, possibly vacating the featherweight title. In that case, we could see Ortega get another chance to get ahold of the championship belt. Of course, for that to happen, he needs to beat Yair Rodriguez on Saturday.

Yair Rodriguez is 13-3-1 overall with 8-2-1 in the UFC. Five of his fights were voted the Fight of the Night, while Rodriguez won the Performance of the Night bonus on three occasions. All this has made him a fan favorite whose fights always get a lot of interest from the crowd.

Apart from getting himself into the spotlight, his recent performances also helped him move up in the rankings. Right now, he’s sitting in the #3 position in the UFC featherweight rankings, just one spot below Ortega.

Even though oddsmakers see Ortega as the favorite in Saturday’s fight, we think Rodriguez has what it takes to cause an upset. He’s a fine fighter with an impressive portfolio, who’s already won against several high-ranked fighters. Beating Ortega doesn’t look like a mission impossible for this guy.