Competitive gaming data company Bayes Esports has completed a new funding round to the tune of €6 million ($6.3 million) led by Las Vegas Sands. The investment round exemplifies the company’s presence and significance to the esports ecosystem with Bayes Esports driving a significant value to the vertical.

The company has set its sights on a more ambitious 2022 overall with Bayes hoping to raise €20 million ($20.90 million) or double the amount it raised back in 2021.  Las Vegas Sands was joined by a number of prominent investors from the industry, including Bitkraft which is another big-time investor in the esports space.

Esports has become a limelight activity over the past years with the vertical gathering momentum and Bayes Esports proving one of the most advanced data companies in the segment, catering to betting agencies, leagues, and game publishers.

The new round should provide Bayes with sufficient funding to continue expanding its teams of highly-trained professionals. Commenting on the move, Bayes Esports CEO and managing director Martin Dachselt said that the company was looking for more strategic investors who would be willing to help the company on its mission to “professionalize” the esports ecosystem.

He added that in order for esports to reach its full potential, it would need sustainable growth and strong shareholders. Bayes has been delivering on advanced data solutions for a number of companies already, including Riot Games and ESL as some of its biggest partners.

Bayes Esports is a joint venture between Sportradar and DOJO Madness dedicated to contextualizing esport data and elevating the entire experience. Dachselt has been an adamant supporter of companies having access to more real-time data which, just like in traditional sports betting, can prove a game-changer for esports bookmakers. 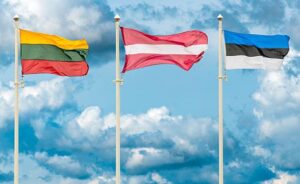