Kindred Group, the leading online gambling operator consisting of nine brands, announced a new collaboration with Svenska Spel and ATG on Wednesday. The trio forged a new partnership that will seek to raise awareness of problem gambling and help reduce gambling harm through dialogue.

New Data Will Raise Awareness of Gambling Harm in Sweden

As a result of the three-sided collaboration, each of the companies agreed to share data regarding problem gambling. The data will be published by each of the companies separately on a bi-annual basis. Every six months, Kindred, ATG and Svenska Spel will release data regarding the percentage of customers who were contacted after problem gambling was flagged. This will show how many individuals were contacted out of the total number of each of the operators’ active clients.

The second data point will include what was the effect of the proactive approach. This will seek to determine what percentage of the customers that were contacted due to problem gambling have reduced the activity. A separate data will measure on average how much have those gamblers reduced their spending.

Finally, the bi-annual data will reveal how many customers who were contacted due to problem gambling decided to self-exclude themselves from gambling with the operators. Ultimately, according to Kindred, by supplying this data, the companies are after “a fact-based dialogue about what is done to reduce gambling harm.”

The New Data Will Create More Transparency in Sweden

Henrik Tjärnström, Kindred Group’s CEO, revealed that the reports will help stakeholders in the industry better understand how operators collaborate with regulators and leverage technology to fight against problem gambling. He added that this fact-based dialogue is expected to help increase trust in the industry. At the same time, according to Tjärnström, the fact-based approach may lead by example and push other operators into expanding their efforts toward safer gambling.

“We believe that a more fact-based and open dialogue contributes to increased trust in our industry and make other operators more inclined to follow suit.“

The new initiative doesn’t come as a surprise, considering that Kindred remains fully committed to having zero revenue from gambling harm. According to Tjärnström, the new deal with Svenska Spel and ATG will help create “further transparency in the Swedish market.” Last but not least, he outlined that the collaboration will likely encourage the gambling industry to focus on safer gambling and the protection of players.

It is likely that the new reports will positively impact the gambling market. This is because Kindred, Svenska Spel and ATG represent more than half of the regulated gambling market in Sweden, which is why the new data will provide invaluable insight into the levels of problem gambling in the country. 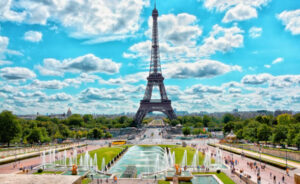