Despite the Changes Trannel Made, the NGA Reinforced the Fine on the Kindred Group

In September, the Norwegian Gaming Authority (NGA) slapped Malta-based Kindred Group with a huge daily fine of NOK 1.198 million ($117,164) effective from October 1 for conducting gambling operations on the Norwegian market without holding the necessary license.

Since then, Kindred Group has made changes through its subsidiary Trannel to comply with the stipulations of the cease-and-desist order the NGA issued to the company back in 2019.

The company no longer has any website sections that are in the Norwegian language, all Norwegian flags are also removed and no customer service is offered in Norwegian. Additionally, no marketing or promotional activities are or will be conducted in Norwegian.

Despite all this effort on the part of Kindred Group, the NGA has reinforced the coercive fine that it issued to the company in September.

Naturally, Kindred Group does not agree with the legal background of this decision and it is going to keep challenging it in court. According to the company, the NGA incorrectly claims that Trannel is still targeting Norwegian customers.

Kindred Group noted that Norwegians are free to choose the services of a foreign website, which is duly licensed in a country that belongs to the European Union (EU) or the European Economic Area (EEA), namely Malta.

Kindred Group is confident that it will win the court dispute as it believes that the NGA has no authority outside of Norway and cannot enforce a fine on a company, which has its headquarters in another country.

Consequently, the company will continue to accept Norwegian customers without supporting any services in Norwegian or actively promoting its services to Norwegian residents.

Kindred Group Has Been Challenging the NGA Since 2019

Kindred Group has so far not had much luck in its fight against the NGA. In June, the Oslo District Court denied its appeal of the cease-and-desist order issued by the regulator in 2019.

The court did not agree with Kindred Group’s claim that as it already has a license in Malta, it is allowed to offer its services to all countries that are members of the EU and the EEA.

The company submitted a similar appeal to the Norwegian Ministry of Culture and to the Lottery Board but both of them were discarded.

In June, the NGA also issued a warning to Trannel that major fines will follow if the company does not comply with the cease-and-desist order. However, Kindred Group did not do anything about it.

In the end, the NGA issued a whopping fine of NOK 1.198 million ($117,164) per day starting on October 1, which Kindred Group is currently trying to appeal. 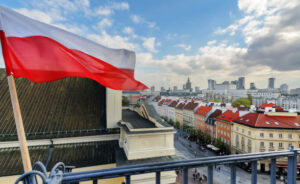 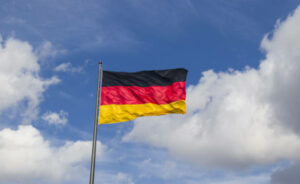