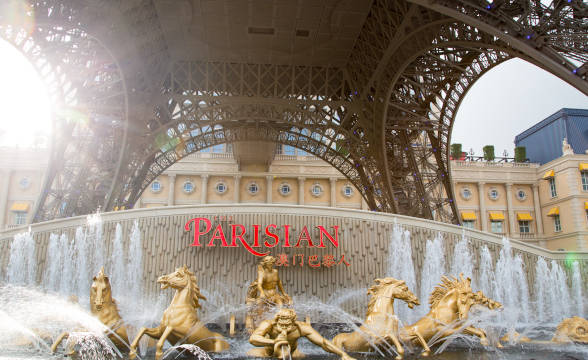 The fall-from-grace by Macau junket operators has exposed certain operators to subsequent risks of being caught in the cross-fire between wronged VIP players and junkets that have disappeared from the market, unable to repay customers.

This has posed a serious threat to the order of things in Macau with concessionaires fearing retribution. Some, such as Wynn Macau Ltd, were already ordered to repay $770,000 of Dore Entertainment Co’s debt to a VIP customer. The Court of Final Appeal ruled in favor of the customer earlier this month.

Existing in Industry without Junkets

Now, the same assessment was passed on whether Sands China Ltd may be exposed to similar risks. Company president Dr. Wilfred Wong is confident that the company will not have to deal with similar issues, even though MGM China confirmed that it could have to pay up to $26 million back to customers if individual claims begin rolling in. It’s unlikely, though, that all of them will be successful.

Credit Suisse, an investment bank, issued a note that outlined the potential complications for casino concessionaires, some of which have cut ties with junkets. This won’t exempt them from claims dating back to when junkets were still representing them though. Meanwhile, Wong remains confident that Sands China does not have major liabilities to answer to because of any ties it may have had with junkets. He spoke during a Q1 2022 earnings call and assured:

“The cessation of operations of all the fixed room junket promoters happened fairly recently in December of last year and as a result there are some new court cases being raised by various stakeholders in that system.”

Credit Suisse agreed with this assessment it seems, as the note from last week did mention that Sands China is the least exposed company to any consequences from junket operations. Sands China does face other challenges, though, including the mounting liquidity issue, which puts the company in a position where it only has money to last it another nine months.

No Concerns about Company Liquidity

Commenting on this, LVS president and COO Patrick Dumont said that while the media has circulated such reports, he assured that the company’s balance sheet was in a very strong position. He acknowledged some of the difficulties vis-à-vis this issue:

“Yes, we’ve received some stress over the past few years under the pandemic’s tough operating conditions – I think we all have – but the good news is that our company as a group has a lot of liquidity. We have a lot of different options.”

Presently, the company is still evolving in the ways it will choose to move forward, Dumont said, as it will assess the next months during which it will be coming out of the pandemic and pick a specific strategy. He assured that the company had all the flexibility it needed and access to credit markets as well as an investment-grade credit rating.