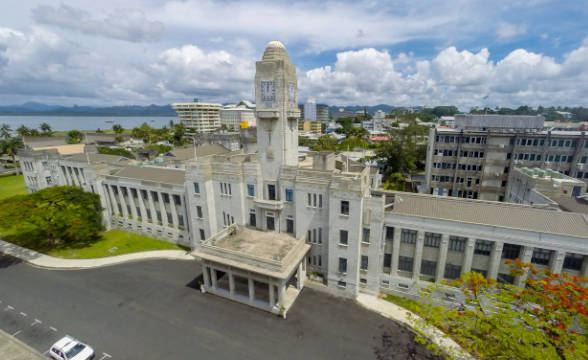 A Chinese casino developer will have to pay a dear fine of $650,000 after it was found guilty of damaging swathes of mangroves and a coral reef during the construction of a project on Malolo, Fiji. Freesoul Real Estate Development was found guilty earlier this month and will have to pay the damages. The area that was damaged was considered an important attraction to Fiji, but the lawsuit also sets the tone for how future developments are handled.

Companies that damage or fail to meet environmental standards during construction or another type of work will bear legal consequences. The court found Freesoul Real Estate Development to have caused irreversible damage to the area, with the workers digging a channel through the reef, expediting supply lines from the sea directly onto the shore.

Freesoul Real Estate Development pumped human waste back into the sea while razing patches of mangrove trees and repeatedly ignoring environmental concerns and standards. Justice Daniel Goundar said that this was an unprecedented act of vandalism against Fiji’s environment and ordered the payment of $650,000, estimating that this would be needed to recover the damages caused by the company.

However, this is not necessarily the entire story. The reef that was destroyed would take thousands of years to recover, an environmentalist expert told the Australian Broadcasting Corporation. Freesoul Real Estate Development has not been a very pliant developer in Fiji despite its guest status.

When the company started working on the project, a pair of surfers who owned land adjoining the development area, Woody Jack and Navrin Fox approached the company president Dickson Peng and offered to sell the land, seeing that workers were already encroaching their land.

However, Peng had other plans. He told the pair to —- off and that he had intentions to take it anyway. The pair complained to the media and brought light to the disregard for the environment in Fiji. Peng has not been exactly media-friendly either, as a trio of journalists was arrested in Suva, Fiji where they were trying to enter Freesoul Real Estate Development’s offices and obtain an interview with the man.

Peng and his company’s alleged high-handedness was taken down a notch by Justice Goundar, but the damage to Fiji’s environment has already been done.