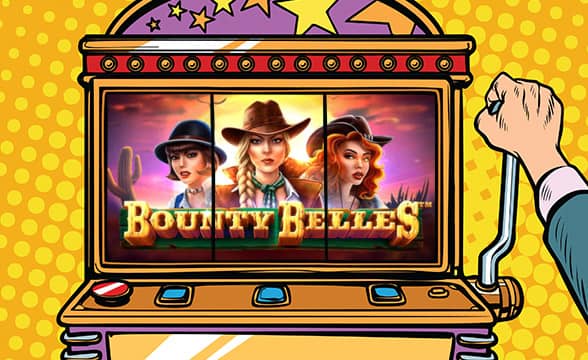 Top iGaming provider iSoftBet has launched Bounty Belles, its latest slot game, inspired by the Wild West and its outlaws.

Following the release of Book of Cai Shen a week ago, the content aggregator offers a wild 243 payline slot game featuring three glamorous bandits looking to rack up the rewards of the bounties on their heads. A wild bounty spin will trigger the Bounty Boost on any spin, expanding three more reels to add win chances, with up to 1,125 paylines.

Players can obtain free spins with three special symbols or more, and additional bonuses such as more open reels and the Deadman’s Draw and Wild Bounty multipliers. While the former deals random cards, which are shot until there’s only one left, and adds the multiplier to the next win, the latter can be triggered with wilds on the first two reels, expanding chances to get cash amounts through new bounty symbols landing on consecutive reels. Those wins can be immediately pocketed by customers.

According to iSoftBet’s Head of Games Mark Claxton, the new slot allows players to win “massive rewards” while enjoying fun and innovative features such as reel expansion to multiply their chances and the prizes’ amounts. “Any spin can lead to players being awarded the significant bounty on their heads,” he declared.

iSoftBet’s portfolio includes many popular titles, including various Megaways and Hold and Win games such as Neptune’s Fortune, Fu Fortunes, and Western Gold and Gold Winner.

A runner up in two 2020 BigWinBoard Awards categories, Game of the Year and Provider of the Year, iSoftBet was also nominated for the Casinogrounds Awards in the Game Provider of 2020 category.