In Q3, 2022, the company enjoyed strong growth with revenue hitting $1.06 billion, marking an increase of 8% when compared to the same period last year. Constant currency change considering the $1.06 billion result represents an increase of 14% in total revenue.

The company unveiled a breakdown of its different operating segments, showing an increase in two out of three of its business operations. The biggest increase was observed in global gaming revenue which hit $379 million in Q3, up 31% when compared to the $289 million reported from global gaming for Q3, 2021.

Although it did not record an increase, the lion’s share of IGT’s revenue in Q3 came from global lottery operations. In total, the revenue for this segment hit $626 million, marking a slight 4% dip when compared to the $652 million result from the corresponding period last year.

Multiple Achievements Completed during the Quarter

On a global scale, IGT expanded its reach in Portugal via a new deal with Santa Casa de Misericórdia de Lisboa. The terms of the collaboration saw the company deliver up to 7,200 Retailer Vue lottery terminals to the operator in the country.

Additional highlights include IGT’s four-year lottery contract extension in New York, while in Georgia, IGT was selected as the main technology supplier under a seven-year extension. Back in July, IGT completed the takeover of the third-party aggregator and iGaming content provider, iSoftBet, in a deal for some €160 million ($161 million).

The Company Remains Committed to Offering Leading Products and Services

Max Chiara, IGT’s CFO, revealed that the company remains committed to implementing innovations and optimizations that help its portfolio grow further. He pointed out: “Robust year-to-date cash flows and proceeds from the sale of the Italy proximity payments/commercial services business, in addition to proactive liability management, enabled us to reduce debt to the lowest level ever.”

“IGT’s organization along three business segments enables our teams to be focused on developing and delivering best-in-class products and services.“

Vince Sadusky, IGT’s CEO, added that the company is focused on delivering leading products and services via its three main business segments. He acknowledged that the IGT continues to see strong demand for its best-in-class services and products from players and operators. Last but not least, Sadusky said: “we reached the lowest debt leverage in the Company’s history, while returning a record $224 million in capital to shareholders so far this year.” 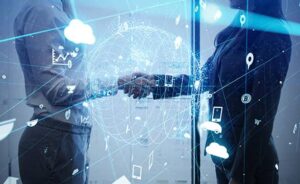 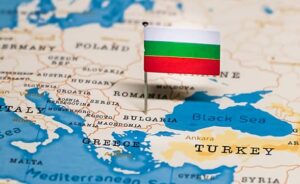