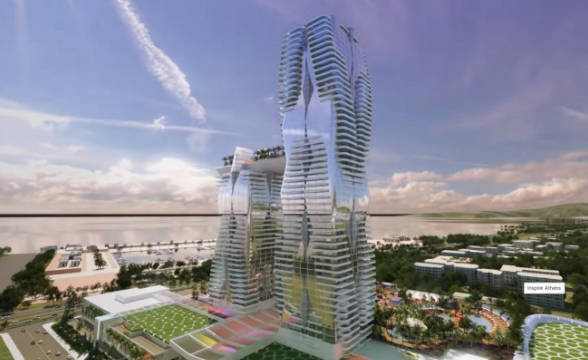 Hard Rock International and GEK TERNA Group have teamed up and confirmed that they will be developing the highly-anticipated Hard Rock Hotel & Casino Athens, a project that faced stiff opposition legally and that is now going to finally be released in 2026. With the two firms signing their partnership on Wednesday, they feel strongly about the economic prospects ahead of the projects.

Located in the Athens Riviera, the casino resort will prove a strong regional pull for anyone who wishes to gamble or join the integrated amenities. The property will naturally feature a five-star luxury hotel, dedicated gaming spaces, meeting and convention areas, and food & beverage offerings of the highest international class and standard.

We are thrilled to announce the partnership with GEK TERNA Group and further expand Hard Rock’s reach across the globe in the great city of Athens.

The project is important in the purely economic sense for Greece as well. There will be more than 3,000 new jobs created in the casino resort as a result of the direct investment. The property will cater to people of all generations and ages. GEK Terna Group chairman and CEO George Peristeris also welcomed the opportunity:

This development will create a premium tourism spot, expected to offer employment to thousands of people, yield significant revenues to the public sector, and add value to Greece’s brand.

Thousands of Games and Guest Rooms

There will be 200 tables, 2,000 gaming machines, and more than 1,000 guest rooms for visitors to enjoy. Located on the waterfront, this property will be one of the best places to visit in the region when looking to enjoy premier hospitality or gaming, or even host business meetings.

Construction is set to begin in 2023 and will be completed within three years and the designated deadline. Peristeris added that this $1-billion investment is part of the group’s trust in Greece and its prospects and potential.

Developer and slot content creator for the iGaming industry Live 5 has signed a new distribution agreement with Games Global, an aggregation platform that will now give Live 5’s titles an even further boost with the new and existing audiences throughout 2022 and 2023. Building Momentum and Reach Through this partnership, Live 5 will have […]

PlayStar has been taking its sweet time with the anticipated launch in the United States, and as it waits, the company is making sure to make good friends with the technology and game providers who will define the experience for players. In the latest agreement, PlayStar has teamed up with IGT PlayDigital, IGT’s interactive division […]