State-owned land-based gaming facilities operator Holland Casino and the representative body of the gambling industry in the Netherlands, VAN Kansspelen association, have met with government officials to express their concerns regarding the casino closure extension.

Casinos and Arcades Closed Through August

Earlier, the Dutch government, as part of its updated risk mitigation measures,  decided to halt from re-opening until September, 1, casinos and gaming arcades in the country that have been closed since mid-March, a decision that has been heavily criticized by the gaming company and the industry association, describing it as “irresponsible”.

“We sincerely hope that you and your loved ones are and will remain in good health. Unfortunately, we cannot greet you personally, because all our establishments are temporarily closed until 31 August, in line with the measures taken by the government and RIVM.”

Holland Casino and VAN Kansspelen met with representatives of the Minister for Legal Protection Sander Dekker to propose alternative options for the government to consider, with both sides agreeing to follow-up meetings on the matter in the near future.

Business at Risk of Losing Revenue and Jobs

Holland Casino expressed its strong belief the decision to extend the casino and arcade closure through August would deeply impact the business and would jeopardize the jobs of more than 8,000 people employed in the sector.

Besides that, both the gambling operator and the association pointed out the lack of gaming options would push players towards illegal forms of gambling online, a hypothesis supported by the recent rise in online bingo and poker reported by the KSA for the period of casino closure. Despite the regulator’s warning for hefty financial sanctions against illegal operators, the channeling of players continued.

Based on that, Holland Casino asked the government to reconsider its decision and allow casinos and arcades to re-open, June 1, albeit with the implementation of new protective measures as for the staff, so for the customers.

In April, Holland Casino issued its 2019 financial results, posting an 11% rise in its revenue year-on-year, to €728.9 million, with more than 6.2 million visitors to their gaming venues. The company also reported a net profit of €67.6 million, 13.6% more than the year before.

Holland Casino, the Netherlands’ state-owned operator, has announced a major change to its leadership team. The company recently parted ways with its previous chief executive officer and will appoint Petra de Ruiter in his place. De Ruiter Joins as CEO De Ruiter is an experienced businesswoman who has mostly worked in the realm of aviation. […] 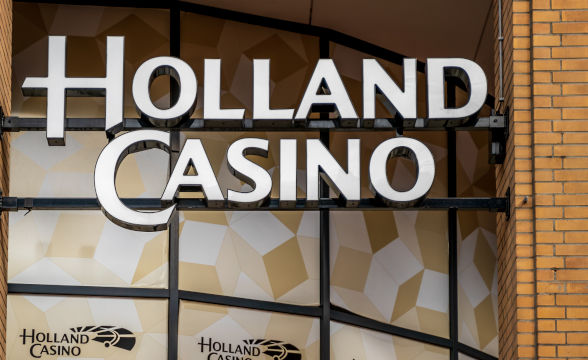 The leading state-run gaming operator in the Netherlands, Holland Casino, announced that it appointed Malinda Miener as chief compliance officer (CCO). Holland Casino Appoints Malinda Miener CCO The announcement came Thursday and will see Miener join the Board of Directors at Holland Casino. The operator unveiled that by promoting her to CCO, it would also […]

Holland Casino Warned by KSA for Violation of Advertising Ban

Kansspelautoriteit (KSA), the gambling regulator in the Netherlands, warned one of its incumbents for violation of the whistle-to-whistle ban on betting advertising. The Warning Served Its Purpose The warning issued to Holland Casino by the KSA was for promoting betting ads online via the Eredivisie.nl website while soccer matches were still in play. The KSA […]

Betsoft Gaming is adding Holland Casino to its portfolio of partners. The Netherlands’ fast-developing iGaming and casino market have made the partnership a natural fit, the companies argue in a press release. Betsoft is known for its authentic and cinematic iGaming content whereas Holland Casino has a significant presence in the country. As a result […]

The Minister for Legal Protection in the Netherlands, Sander Dekker, sided with Holland Casino and its responsible gambling practices in his written response to a Member of Parliament (MP), albeit acknowledging the fact that the casino operator does not monitor aggregate individual player losses. A story in a local news outlet about a player who […]

MGM Resorts International continues with its step by step re-opening of its gaming properties across the states, as the casino operator announced today it will resume operations at MGM National Harbor in Maryland June 29, followed by the re-opening of Borgata Hotel Casino & Spa in Atlantic City a week later, July 6. MGM National […]

Casinos in Atlantic City will be able to re-open in time for the July 4 weekend, New Jersey Gov. Phil Murphy announced today. Besides the casinos that are allowed to resume operations effective July 2, albeit with 25% capacity, restaurants can also re-open at the same date applying the same level of capacity reduction, outlined […]

Louisiana Set to Become the First State to Re-Open Casinos

Louisiana may become the first state to officially re-start the casino industry, with all land-based gaming facilities in the state allowed to re-open May 18. The 20 commercial and 3 tribal gaming venues in the state will have to subject their plans for risk mitigation and fast response to the police, and if approval is […]

Twin River Worldwide Holdings, Inc. issued today its first quarter financial results for 2020, with revenue significantly impacted by the shutdown of operations in mid-March, despite the excellent start of the year. Revenue Pre- and During Closure Revenue for the first two months was up 23.4%, to $90.3 million, as opposed to $73.2 million for […]

One of the first tribal casinos that shut down operations in South California, Pechanga Resort Casino near Temecula , issued an update on its website informing its customers a target re-opening timeframe of June 1 has been set, with the actual date to restart gaming to be confirmed in the days ahead. California in Phase […]

Gauselmann Prepares to Re-Open As Germany Eases Back from Restrictions

German gaming technology and equipment manufacturer Gauselmann Group has been preparing its production and gaming facilities for an earlier opening, encouraged by the recent developments in the country where the federal government starts to ease back the economy from the restrictions. Production, Sales and Gaming Closed Due to the coronavirus spreading concerns, Gauselmann closed down […]