Global sports betting and leader giant Flutter Entertainment announced that Jonathan Hill, its group chief financial officer, will establish a new group chief operating officer function. His goal is to boost the benefits of Flutter’s scale and back the company’s strategic direction. Meanwhile, Paul Edgecliffe-Johnson will join as CFO and exec director of the group in early 2023.

Paul Edgecliffe-Johnson is currently serving as the chief financial officer and group head of strategy at InterContinental Hotels. He boasts 25 years of experience in the finance and international business sectors. He has served in his current position for almost a decade and has previously worked for other major corporate entities.

Edgecliffe-Johnson will join Flutter to replace Hill who will be assuming the newly-created executive committee COO role. However, Hill will continue to serve as CFO until the new appointee joins to ensure a seamless transfer of power. After that, Hill will vacate his board of directors seat and will commit to his COO responsibilities.

Hill is one of Flutter’s most valuable workers. As an experienced employee who is very knowledgeable about the company’s business, he will play an important role in shaping the firm’s future strategy. His new COO role will allow him to better oversee the company and guide its direction.

The Higher-Ups Welcomed the New Appointee

Meanwhile, Peter Jackson, Flutter Entertainment’s chief executive officer, welcomed Edgecliffe-Johnson to the team. He said that he is looking forward to having him on board next year and is confident that his relevant skills and expertise will help the company. Jackson elaborated that as group CFO, Edgecliffe-Johnson will be tasked with taking advantage of the notable opportunities lying ahead and executing the company’s strategy.

Jackson also thanked Hill for his service as CFO and added that he is thrilled to see what he will do as COO.

I also wish to acknowledge Jonathan for all he has done for Flutter to date and I am very pleased that the Group will continue to benefit from his experience in establishing the new COO function.

Gary McGann, Flutter Entertainment’s chairman, said that he is excited to work with Hill in his new role. Meanwhile, McGann said that the board of directors will be happy to welcome Edgecliffe-Johnson among its ranks and work with him into the future.

In other news, a month ago, Flutter Entertainment launched its new Global Advocacy Program to champion diversity groups and allow their voices to be heard. 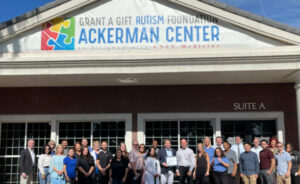 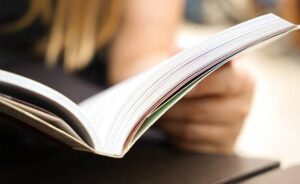 Business October 21, 2022
Sumsub Releases KYC Guide for CA and the US