Interactive games supplier Hacksaw Gaming continues to expand its clout in the European iGaming market by clearing the regulatory bar to enter Denmark as its next frontier in the Old Continent. The company, which has developed over 75 games and has a footprint in 10+ regulated markets, is now entering what has been described as Europe’s safest market for consumers.

This reflects on a continued growth over the past 12 months, with Hacksaw building up its expertise in regulatory strongholds such as the United Kingdom, Greece, Sweden, and Latvia. Hacksaw will enter the market with Bet25.DK, Casinogo.DK and 25SYV as its first-to-partner choices.

Much of this has been facilitated by a recent partnership between Scientific Digital and Hacksaw. As a result, Danish operators will be able to provide players with a distinguished selection of games, including Chaos Crew, Wanted Dead or a Wild, Stack ’em, and others.

Commenting on this development, Hacksaw Gaming COO Marcus Cordes said that he was pleased to be able to bring the company’s expertise to the Danish market and offer a diverse variety of fresh titles. Hacksaw has been doing well over the past months.

The company struck an agreement with 888 to reinforce the brand’s casino offering and previously revealed a maiden collaboration with Flutter Entertainment. The company successfully brought its product online after obtaining a permit from the Hellenic Gaming Commission in August. 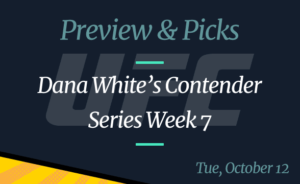