After striking a content distribution deal with Spinomenal in June, the iGaming aggregator with a portfolio of 5,000 games from 60 providers Groove Gaming has announced the addition of a fresh name to its offering. Georgia-based SmartSoft Gaming is the latest gaming studio to join the aggregator that has “carved out a hard-won reputation” as one of the best “one-stop-shops for casino content” on the planet. The two parties have openly disclosed the terms of their new partnership, which will oversee SmartSoft’s entire portfolio of games reach GrooveGaming.

SmartSoft’s director of partnerships Saba Chkheidze commented on the news, calling it proof of their evolution. He also spoke about his company’s reputation that has kept going “from strength to strength,” adding that it would be a “privilege” to get access to Groove’s “exceptional operator cluster.”  He also expressed his belief that the company will manage to grow even more in the upcoming months. SmartSoft joined the global iGaming market in 2019 and it soon gained recognition through a “Debutant of the Year” award won at the Login Casino Awards in 2020.

The company has a versatile gaming portfolio that features keno, slots, roulettes, and various other casino categories. The studio also produces an innovative game category called XGames, with their JetX flagship game worth mentioning here. At the end of July, Pariplay added SmartSoft’s portfolio of games to its Fusion Platform.

Groove, Delighted to Attract SmartSoft on Its Journey

GrooveGaming’s chief operating officer Yahale Meltzer expressed their delight to welcome SmartSoft on board and have them accompany them on their journey toward growth. Meltzer also explained that the iGaming industry has been their only point of “focus and investment” in the past six years.

Groove was co-founded by a Microsoft alumnus, Gil Strauss, and has received support from a number of anchor investment partners. This has helped it grow into a critical differentiator and one-of-a-kind brand. At the moment, Groove is adding more than 100 fresh games to its portfolio on a monthly basis. Their “6-Continents Strategy” is based on data empowerment and capacity-building, with the main purpose of providing state-of-the-art content and top-notch operator services appealing all across the industry.

GrooveGaming has managed to achieve the ISO27001 milestone, which represents the highest standard related to data privacy and protection. The company that exists “to give you more power in the market” and optimize products also signed an agreement with Fazi. The latter will supply GrooveGaming with all of its offerings. 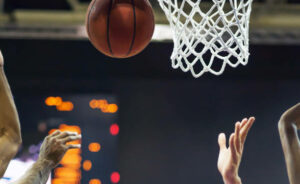 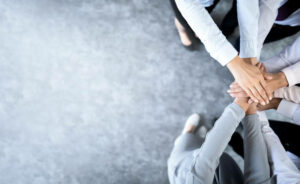