A new look into Ontario’s gambling industry by Wall Street analysts predicts that the newly regulated iGaming and sports betting market in the province will be dominated by the same companies who used to base their businesses offshore and run them from there while serving the market in the early 2000s.

The lax gambling laws in the province and the better part of Canada allowed offshore operations to gather momentum and thrive. Their repositioning in the regulated market has come without the burdens of the past as companies were not designated as rogue operators and allowed to apply for licenses from the Alcohol and Gaming Commission of Ontario.

Not every regulator out there has been so lenient with the Kansspelautoriteit designating many prominent and respected in the industry companies as “bad operators,” and attempting to fine several big names. There is definitely a strong incentive to be part of the regulated iGaming market today.

VIXIO GamblingCompliance has hazarded that the industry may be worth $2.36 billion by the end of next year. Many big names are now joining – and have joined – the gambling market in the industry legally, including names such as Betway (owned by Super Group which operates several other brands in the province) and bet365.

Many executives, including Truist Securities managing director Barry Jonas, acknowledged the uniqueness of the Canadian gambling market, and specifically how Ontario had handled matters, enabling grey market operators  to start fresh. Jonas was speaking to Yahoo News. Not only that, but operators who had been operating in the grey market and had applied with the AGCO were allowed to continue operating until they were able to set up their businesses.

Jonas noted that this was mostly because of the way Ontario had decided to do business, arguing that companies who seek a regulated status should not be pursued for old sins. In the United States, Jonas said, things are different, and that is not surprising with gambling platforms operating offshore facing action from the US Department of Justice under the country’s laws.

Plotting a Course for the Future

Understandably, though, Bet365, Betway, and Bodog will be the ones securing ground in Ontario as they had steadfast player bases prior to the regulation. Macquarie Group analyst Chad Beynon is of the same opinion. However, he expects the market to be very competitive. Despite its largesse, Ontario regulators are not entirely blind to the laws they are supposed to uphold.

For example, Ontario is not allowing companies to use inducements and promotions to target new customers. Rather, companies need to be inventive in the way they market, teaming up with sports leagues and franchises to garner the necessary exposure. That is mostly the new operators in the space. The grey area ones have been able to amass a respectable player base regardless. 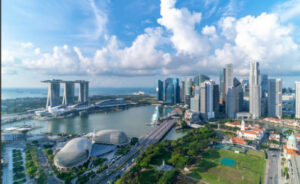 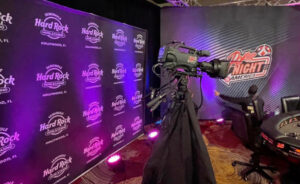