The announcement comes a few days after Landcadia II announced it is entering into a purchase agreement to acquire Golden Nugget Online Gaming.

Golden Nugget Online Gaming (GNOG) has signed an agreement with Detroit’s Rocket Mortgage Classic to become the Official National Casino Partner of the 2021 & 2022 tournament. This year’s event will take place between July 1 and July 4 at the Detroit Golf Club in Michigan.

Samir Banerjee, GNOG’s director of marketing, said that both Golden Nugget and the Rocket Mortgage Giving Fund share the same values of creating a positive impact on the local communities. The Detroit community will take advantage of a world-class PGA Tour event, which will bring together the golfing community and a world-class online casino and sportsbook experience at GoldenNuggetCasino.com, Banerjee added.

The deal is expected to be finalized by the end of the year. Following its completion, Landcadia II plans to rename itself to Golden Nugget Online Gaming, Inc. with a Nasdaq trading symbol GNOG. If the process finishes successfully, GNOG will be the second pure publicly traded online casino company in the US.

Rich Handler, co-chairman of Landcadia II and CEO of Jefferies LLC, said that GNOG boasts a huge potential to capitalize on the massive online gaming opportunity in the US.

“We at Jefferies couldn’t be more thrilled to partner with Tilman and bring this great opportunity to the public markets.”

CNOG debuted in New Jersey at the end of 2013 and became profitable only three years later. This is the first online gaming company to launch Live Dealer, as well as Live Casino Floor in the US. It had a net income of over $11 million in 2019. 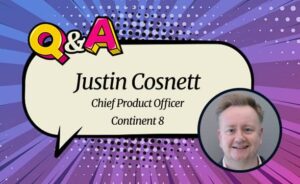 Sports July 2, 2021
Justin Cosnett: "When It Comes to Data and Security Needs, Continent 8 Technologies Is the Go-to Choice for Many Gaming Operators and Suppliers"