The saga involving Inter Allies and Ashanti Gold continues with the former team’s defender Hashmin Musah, who purposefully scored two own goals during a match between the teams in order to foil alleged match-fixing, now charged with rigging the game.

In July, Inter Allies and Ashanti Gold faced a head-to-head game, which resulted in a 7-0 defeat in favor of Ashanti Gold. The game would have been as ordinary as any other in the Ghana Premier League were it not for Musah’s decision to score two own goals in order to prevent, what he claimed at the time, was a rigged game, to begin with.

Footage of the player’s behavior went viral and quickly led to a formal investigation into the matter. Musah claimed that he had overheard people setting up his team for a loss on the exact score and argued that he had to act, although he failed to clarify who those people were.

Some of his teammates, immediately after the game, hailed him as a hero. Yet, Musah now faces match-fixing charges himself. Commenting on his behavior, Musah said that the game would have ended 5-1 as per a conspiracy he became privy to had it not been for his decision to act.

“I promised my coach that if he allows me to play from the bench, I will spoil the bet. And after the game, my team congratulated me,” he added. However, his team has issued an official position since, disapproving of his actions.

The game “throw” would not have had an impact on the final standings in the Ghana Premier League as Inter Allies was already looking at relegation. Then, Ashanti Gold was second, but it didn’t have enough points to catch up to the Accra Hearts of Oak, which was the league’s first team.

Not the Only Pea in the Pot

While his actions, if true, are commendable, Musah is currently investigated with 18 alleged co-conspirators and six officials who are facing charges of rigging the game purposefully. His behavior, the Ghana Football Association (GFA) suspects, is the result of an elaborate ploy.

If anything, Ashanti Gold’s head coach and president Kwaku Frimpong have shifted the blame on the player, arguing that Ashanti’s own track record shows an average score of 4.5 points per game.

In an interview with BBC Sports Africa, Frimpong recognized that the forces that may be could be trying to tarnish Ashanti’s good name and take the team down in this conspiracy. Corruption is a well-documented part of Ghana’s soccer ecosystem.

In 2018, the Referees’ Association of Ghana (RAG) issued 53-lifetime bans to referees in one instance and handed down 47 bans to match officials for a period of 10 years. Some 14 people were found innocent in the matter. These bans followed the dozens of other referees and GAF officials removed from official duties earlier that year. 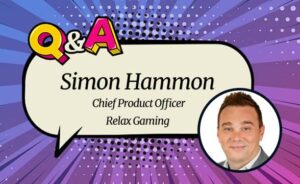