A Saturday game in the Ghana Premier League took an interesting turn when one of the team’s players decided to score two goals – in his own team’s net. His reasoning – spoiling a match-fixing arrangement.

Inter Allies defender Hashmin Musah has admitted to intentionally scoring two goals against his own team during a Ghana Premier League game versus Ashanti Gold on Saturday. The club was defeated 7-0 in the derby, raising immediate suspicions of match-fixing.

However, Musah was not one to be complicit with the said attempt of rigging the game. Rather, his decision to score in his own net was the exact opposite. Aware of a preliminary agreement between unnamed nefarious parties, he decided to convert two points past his own goalkeeper and thus spoil the match-fixing attempt.

Since the game has completed, Musah explained his actions to Kumasi FM, a local radio outlet, arguing that both the team and training staff had commended him for his courage to go out of his way and foil the match-fixing attempts.

Musah explained that he overheard that a 5-1 bet against Inter had been placed and decided to spoil the arrangement as he does not “condone betting.” If this is true, this begs the question of how staff knew about the arrangement if they congratulated Musah for his action after the game.

Musah’s seemingly unprovoked behavior quickly went viral, prompting broader scrutiny and begging the question – if there had been a match-fixing attempt, who had orchestrated it? Responding to Musah’s interview, Ashanti Gold quickly denied any wrongdoing, even though Musah did not mention the club or implied that they had been directly involved.

“We take notice of the videos circulating in relation to our game against Inter Allies and wish to unequivocally disassociate from any wrongdoing,” the club stated. According to the club, Ashanti demonstrated competitive play all throughout the game leading to five successful goals.

The club’s spokesperson further denied any prior knowledge as to why Musah may have decided to score two goals in their own goal. “As a renowned sporting brand, we have always believed in fair play and would continue to act in the good interest of the game,” the statement finished.

The Ghana Football Association has already opened proceedings into the alleged match-fixing with investigators looking into the matter. This coincides with a report by Ghana Today, which reported that Betway Ghana, a subsidiary of Betway Group and the official sponsor of Ashanti Gold, may be considering cutting its ties with the soccer club. The story is developing, and an official response by Betway Ghana is yet to surface. 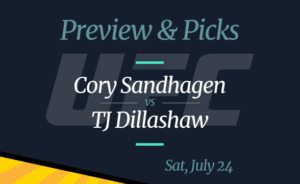