The new Council will seek to enhance and protect the integrity of the poker industry. The PIC will be in charge of detecting suspicious behavior that can includes collusion, RTA, botting or ghosting. Once such behavior is detected it will be flagged for review. Then the flagged occurrence will be forwarded to be reviewed by the PIC members, as well as Jason Koon, GGPoker’s Integrity Ambassador. After that, PIC members will determine whether disciplinary action is required based on a majority vote.

“The PIC was formed to investigate allegations, conduct fair reviews, and issue industry-wide sanctions. This provides a heavy disincentive for players to cheat,”

reads a statement released by GGPoker

Finally, the case can either be dismissed or disciplinary action can be applied. The disciplinary penalties by the PIC can be a warning or account suspension. Cases related to abuse or heavy breach of the integrity rules may result in a permanent ban from GGPoker or even a permanent ban along with confiscation of funds. The most severe disciplinary action is an industry blacklist. This means that if the PIC finds a player cheated and applies that measure, the player would be unable to participate in all major live poker tournaments within the industry. Such tournaments and live poker events include the WPT, WSOP, APT, PGT, APL, Triton Poker and many more.

Famous Poker Players Will Be Members of the Integrity Council

Besides Koon as GGPoker’s Integrity Ambassador, other PIC voting members include Andrew Lichtenberger, the American poker player also known as LuckyChewu, as well as Fedor Holz, the German professional poker player. Seth Davies and Nick Petrangelo are also going to be part of the newly formed integrity Council. To ensure its neutrality when imposing a ruling and protect the privacy of the users, the PIC members will view the data for analysis as “anonymized and encrypted.” In other words, the Council members wouldn’t see nicknames, stakes or hand IDs.

“It’s an honor to launch the Poker Integrity Council and take another massive step in ensuring online poker is safe for all players.”

Sharing his excitement, Koon revealed that it’s an honor to launch the Poker Integrity Council. According to him, the Council will help make online poker safe for all players. Additionally, Koon acknowledged that the recent effort complements his plan to help the “GGPoker team make their poker games more secure and fair than ever.” He pointed out that the “wider community” will be better protected, thanks to GGPoker’s list of partners and the possibility to blacklist cheaters industry-wide. In conclusion, Koon stressed that the launch of the PIC sends a message that the industry will no longer tolerate cheaters. 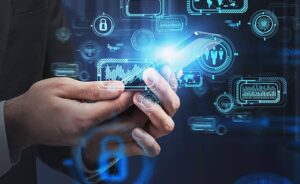 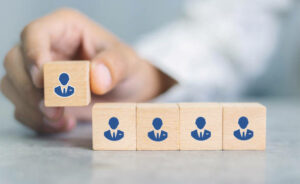