The company has been experiencing continued growth, as has the newly-regulated iGaming industry in Ontario, but that hasn’t come at the expense of being good and humane. Both the company, as well as the region, are expected to continue on their positive trajectories.

GeoComply celebrated the opening of its new office in Toronto – the capital city of Ontario, Canada – just last week, on November 8. An unspecified number of the approximately thirty employees were relocated from the company’s office in Ukraine’s second-largest city – Kharkiv. The company’s news release outlined that Canadian immigration policy had a fast-track option for Ukrainian refugees and that was the driving factor in accomplishing the relocation.

While the company’s Toronto office is important to Ontario’s regulated market by itself, it’s also somewhat symbolic of the company’s sustained growth this year. Its business is focused on ensuring a secure gaming environment and its unicorn status is probably enough indication that it’s doing good. Big gaming names such as FanDuel, DraftKings, and Barstool, all rely on GeoComply’s smart tech to catch cheaters trying to circumvent geo-restriction and place illegal bets that way.

According to a piece by The Logic, written by Aleksandra Sagan in August, the company had approximately 170 total employees in Ukraine. GeoComply has been trying to get most of them, and their families, to Canadian soil and safety from the beginning of Russia’s invasion of Ukraine. Bringing more employees over from Ukraine to its newest office marks the company’s continued efforts to do so.

GeoComply was dubbed one of Canada’s fastest-growing technology companies and was actually listed as number one on Fast Company’s “The 10 most innovative enterprise companies in 2022” list. It taking a foothold in Toronto has already been reported to have an impact.

Ontario Attorney General Doug Downey was cited by sports betting information outlet Covers, saying that the black and grey markets in the province are starting to “atrophy”. The news comes as Ontario’s “transition period” to regulated online sports gambling ended on October 31, as per the gaming market’s regulator – the Alcohol and Gaming Commission of Ontario (AGCO).

Ontario’s iGaming market may not have been legally defined for long – it launched only in April this year – but this is the most populated Canadian province, and the newly formed regulated industry has been flourishing.

It now has over 35 regulated operators – a direct result of AGCO’s efforts to bring “grey operators” into the regulated fold. Multiple reports from this month have cited that the AGCO has confirmed a total of 17 operators will be leaving its grey market soon, further expanding Ontarians’ options in the not-too-distant future.

We’ve already seen this strategy successfully play out with Pinnacle, which officially launched in Ontario in the latter half of October after receiving a license from AGCO the previous month. The company had reportedly been conducting its operations for a while without a provincial license, so AGCO’s approach to licensing out grey operators was fully applied in this instance. Pinnacle, however, was only one out of the licenses that AGCO granted in September, with October seeing nine additional one-year iGaming licenses being issued. With the 17 more being softly announced, it is safe to say that AGCO has certainly been keeping busy and playing its part in expanding Ontario’s market. 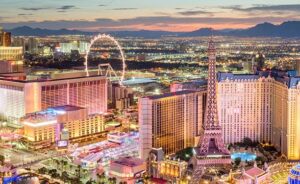 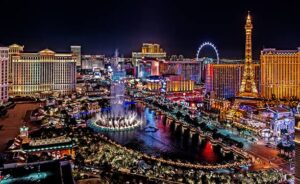