Genius Sports, the sports data and technology company, revealed that it expects to grow this year and in 2023.

Hosting its first virtual Investor Day, Genius revealed key expectations regarding the future of the company and its current financial position. During the event, there were sessions with important partners for the company such as the NFL, Sky Betting and Gaming and Football DataCo.

According to Genius, the US market is going to play a key role in its growth. The company explained that it will invest in the market which is expected to result in a “strong growth opportunity and expected profitability by 2024 on an Adj. EBITDA basis.”

Additionally, Genius acknowledged that its acquisition strategy helped with unlocking exciting long-term growth and scaling opportunities. The company also deemed its partnership with the NFL as strategically important and explained that it has the potential to create significant value.

Genius’ CEO and co-founder, Mark Locke, outlined that the company serves as the link between fans, advertisers, leagues, and sportsbooks. Moreover, he explained that the company’s technology collects best-in-class data around the world, which is used to power “the high-growth global sports ecosystem.” Locke added that without the critical data and technology solutions that are provided by Genius, it is difficult to imagine how the industry would operate efficiently.

He outlined that the company has a strategic plan to continue building upon its strong foundation, which will ultimately result in profitability for the company in 2022 and 2023. In conclusion, Locke said that he is confident about the opportunities that lie ahead for Genius as it continues to expand its presence globally. 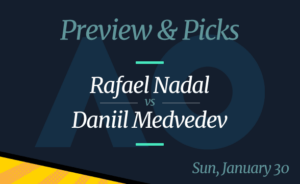