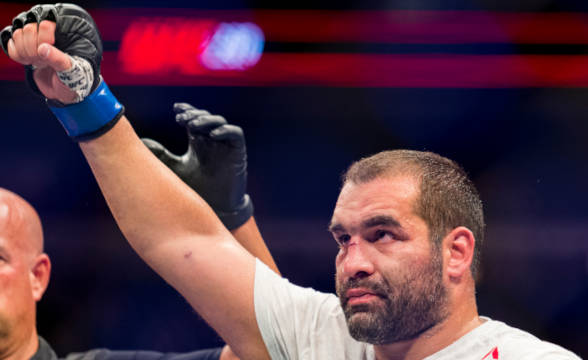 Two years after France lifted the ban on mixed martial arts (MMA), it’s time for the Ultimate Fighter Championship (UFC) to organize its first event in this country. The event in question is UFC Fight Night 209, also known as UFC Fight Night: Gane vs. Tuivasa for its headliner bout. The headliner fight is the one we’re going to analyze in this UFC preview.

Previewing this fight is a must as it’s a clash between two heavyweights from the top of the divisional rankings. Cyril Gane (10-1) is the #1 fighter in the UFC heavyweight rankings, while Tai Tuivasa (14-3) is in the #3 position. Knowing all this, one can only assume this is going to be a fantastic fight.

All odds are per FanDuel as of August 29.

The 32-year-old Frenchman is 10-1 in his professional career with his only loss happening in his most recent fight. It happened in January when he lost to Francis Ngannou in the fight for the UFC Heavyweight Championship. What’s interesting is that Gane lost by decision, which was the first time Ngannou beat someone this way.

It was Gane’s eighth win in the UFC. Before joining the world’s greatest MMA promotion, he fought in the TKO Major League MMA where he was the champ since winning the title in his promotional debut. Before going pro, Gane had a very successful Muay Thai career with a 13-0 record.

Knowing all this, it’s clear why Gane is favored to beat Tuivasa. It’s just that Bon Gamin has way more weapons in his arsenal than his rival, who relies, pretty much, on his powerful strikes. That said, you may wonder if Gane’s chin is strong enough to withstand Tuivasa’s insane punches. So, is he?

Well, the answer is yes, knowing that Gane did not get knocked out by Ngannou, a fighter who holds the Guinness World Record for the hardest punch ever.

Tuivasa is three inches shorter than Gane, but he’s about 18 pounds heavier than him. Knowing this, you understand that he’s not too agile inside the octagon. That’s something that Gane will want to exploit – he’ll try to tire Tuivasa, while also trying to avoid Bam Bam’s strikes.

Tuivasa just doesn’t have the stamina to fight until the end and win. In fact, only two of his fights went the distance. He won one and lost the other one, but both of those lasted just three rounds. The Gane vs. Tuivasa fight, however, is a five-round bout.

The New Zealander just can’t fight for 25 minutes, meaning that his only hope is to throw a lucky punch that would put his opponent to the ground. Tuivasa definitely has it in him – 13 of his 14 wins happened by KO/TKO.

Gane is the better fighter and he’s fighting in front of his crowd in Paris. However, he needs to be extra careful in this fight as he’s fighting a very dangerous rival. Tuivasa is a knockout expert who’s very difficult to knock out. However, he’s a big guy whose stamina just isn’t good enough.

Knowing this, Gane’s road to victory is to try and tire Tuivasa before finishing him later on in the bout. The easiest way to finish Tuivasa is to take him to the ground and wrestle him into submission.

Picks: Cyril Gane to win by submission; Over 2.5 rounds