FSB, an award-winning gaming technology company at the forefront of innovation, has appointed the experienced Lisa Waterfield as director of sales for North America.  She will be using her expertise to help the company sell its products in the region.

Waterfield Is an Experienced Sales Officer

Waterfield isn’t a new addition to FSB’s team. On the contrary, she joined the company two years ago, serving as a business development consultant. Thanks to the skills she demonstrated, Waterfield will now oversee FSB’s overall sales in the key NA region.

The new appointee has previously held various sales-related positions at different gaming companies. She began her career as a sales account executive at Acres Gaming, before joining WMS as director of sales two years later. After spending a decade with the latter company, Waterfield joined the renowned Aristocrat as director of sales and business development.

Following her tenure at Aristocrat, Waterfield had shorter stints with several companies, including Joingo, e-gads! and Gamblit Gaming. She worked as a freelance sales officer for a year before finally joining FSB in 2020.

The New Appointee Is Exhilarated to Work for FSB Full Time

Waterfield spoke about her new position and said that she has enjoyed the last two years she spend with FSB. Because of that, she feels exhilarated by the opportunity to join the organization full-time.

The dual proposition of our world-class proprietary product offering and dynamic, talented North American team has been the fire behind our striking surge in the US and Canada over the last 12 months. This growth journey will continue and I feel immensely excited to be playing a full-time role in it.

The promotion of Lisa to a leadership role in the organization is testament to the instrumental part she has played in this story of momentum and growth over the last year. Lisa’s is a fantastic addition to our North American Business Development team which is led by Mike Van Ermen.

Freeman noted that Waterfield’s expertise has already helped FSB build strong partnerships in the United States and Canada. Therefore, he is sure that the new appointee will play an integral part in FSB’s journey to becoming a tier-one service provider in the B2B sports betting and iCasino segment.

FSB recently added another seasoned worker to its team. A few days ago, the company announced that Kenneth Paterson will be joining the team as its new global delivery director. 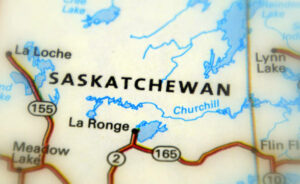 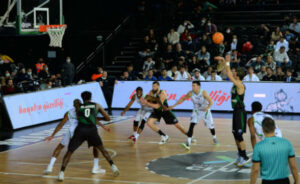