A lawsuit filed against the compact between the state of Florida and the Seminole Tribe is now up to a judge to decide after representatives of the Secretary of the Interior responded to a request for a brief.

Department of Justice (DOJ) attorney Rebecca Ross, representing Secretary of the Interior Deb Haaland, filed a memo this week to argue West Flagler Associates, the company behind Magic City Casino and Bonita Springs Poker Room in Florida, has no legal grounds for a case.

Ross stated in the memo that the pari-mutuel operators have no legal grounds for a case as the claim that the Indian Gaming Regulatory Act (IGRA) does not allow wagering to take place off tribal lands is incorrect.

The State and Tribe are free to denominate where the gaming occurs for state or tribal law purposes, and moreover, IGRA permits the Tribe and the State to allocate jurisdiction and regulatory authority over the gaming activity addressed in the Compact consistent with federal law, including IGRA.”

West Flagler Associates filed a federal lawsuit against Interior Secretary Haaland and the DOJ in August in an attempt to stop the Seminole Tribe of Florida to launch mobile sports betting, claiming the state compact was illegally approved by the federal government as betting would not take place on tribal lands.

Following the federal brief filing, the case is now pending a decision by US District Judge Dabney Friedrich, who said after the hearing last week she would try to issue a ruling by November 15.

During the two-hour hearing last week, Judge Friedrich also heard arguments of the No Casino group, an organization, which filed the second federal lawsuit against the state, seeking to have the entire compact blocked, claiming casino gaming expansion in the state cannot happen without a referendum vote according to a 2018 constitutional amendment.

In response to this case, the federal government filed a second brief stating that the negotiated terms between the state of Florida and the Seminole Tribe, exclusivity in sports betting and the right to offer roulette and dice table games at the tribe’s Class III casinos, are not violating IGRA or any other federal law.

According to that brief, the 2018 constitutional amendment includes an exception for Class III compacts. Florida Attorney General Ashley Moody, who specifically expressed the sponsors of the 2018 measure and the Florida Supreme Court agreed with that interpretation, wrote, “This language expressly permits the state to enter into an IGRA compact with an Indian tribe without a referendum.”

The federal government stated the compact between the state and the Seminole Tribe is not in violation of IGRA or any other federal law and urged the federal judge to abstain from issuing a ruling concerning state laws and instead leave the plaintiffs to turn to state courts as “more appropriate for any such challenge.” 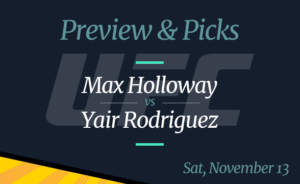