Evolution’s Year-End Report for 2021 is out, and the numbers are looking great for the global gaming supplier. According to the fresh retrospective of 2021, the award-winning provider of an online live dealer and live game shows reached several important milestones last year, including going over the yearly revenue mark of €1 billion ($1.14 billion). One of the main drivers of this incredible growth was Evolution’s live gaming segment that grew by 49% in Q4.

The NASDAQ-listed group recorded excellent results during the last quarter of 2021, proving the importance of its player experience-centered approach, as well as the power of its scalable business model. Evolution’s operating revenues spiked by 69% in October-December 2020 compared to the same quarter in 2021, from €177.7 million ($203.2 million) to €300.2 million ($343.2 million). One of the major factors that triggered the surge in the operating revenue numbers in the fourth quarter of 2021 is the massive demand for live dealer games that went up by 49%.

Evolution’s impressive growth during Q4 2021 comes in the context of the Covid-19 pandemic challenges, as well as the growing, ongoing demand for live dealer gaming. The supplier has finished the year with a whopping library of 1,000+ live table games, which is 300 more compared to 2020 and also the largest increase ever to be recorded by evolution during a single year.

The supplier wishes to deliver a more significant RNG growth in 2022 than the previous year, even though the growth is not expected to be smooth and linear. While the EBITDA margin managed to successfully remain stable in 2021, Evolution plans on pumping a lot of investment funds in innovation, the expansion of their current gaming studios, as well as in building brand new ones. The projected EBITDA margin for 2022 is somewhere between 69% to 71%.

The supplier will be releasing 88 fresh games throughout the year, catering to the needs of a diverse array of players with the powerful synergy of all of its brands, including NetEnt, Red Tiger, Ezugi, or Big Time Gaming. Their one-stop-shop solutions and much-anticipated game releases in Q1 that include BacBo, a simplified Baccarat variant played with dice instead of cards, and Peek Baccarat, a one-of-a-kind version of the popular casino game, are all expected to help Evolution reach its 2022 goals.

Evolution already signed a new deal with FanDuel at the beginning of February, with the two companies teaming up for a live casino extension in the US. In December, the supplier consolidated its presence in Austria by signing a deal with an Austrian Lotteries brand and agreeing to add three live casino tables to the casino’s offer

Knight Rider by NetEnt’s Knight and Narcos Mexico by Red Tiger are two hot slots that will be released during the first half of the year. The supplier will also launch a new gaming studio in Connecticut, moving full speed into 2022 and setting the defining tone for what looks like another successful year for Evolution. 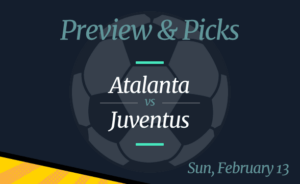