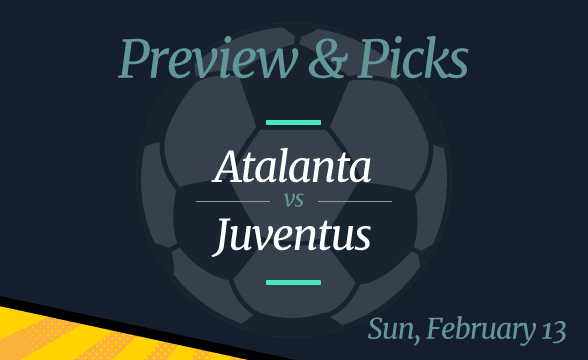 The last time these two played, Atalanta beat Juventus 1-0. The game was played in Turin, while their clash on Sunday, February 13, is taking place on Atalanta’s turf. One would think that playing at home would make Atalanta the betting favorite. However, oddsmakers are leaning toward Juventus.

This is the case because a lot has changed since the previous Atalanta vs Juventus game. For once, Juventus now has Dusan Vlahovic playing in the final third.

All odds are per FanDuel as of February 9.

Duvan Zapata to Start His First Game for Atalanta in 2022

There’s some good news coming from Bergamo – most of Atalanta’s key men are fit and ready for the clash with Juventus.

One of those guys is Duvan Zapata, Atalanta’s leading scorer in the 2021-22 season of the Italian Serie A. The forward got injured a couple of weeks ago, for which he had to miss the first couple of games in 2022.

Zapata made his comeback last weekend during the game with Cagliari. Zapata came on the pitch as a substitute and played only 14 minutes. His input didn’t help Atalanta much – they ended up losing 2-1.

The reason behind Atalanta’s poor performance is that their goalkeeper Juan Musso got sent off, following a harsh foul. Because of that, he will miss the clash with Juve.

Another Atalanta player who will miss the next game is Josip Ilicic, who’s away due to mental health problems.

Dusan Vlahovic Looking for His Second Goal for Juve

Juventus splashed out $85 million during the winter transfer window for the capture of ex-Fiorentina striker, Dusan Vlahovic. The 22-year-old made his Juventus debut last weekend against Verona, scoring one goal in the 2-0 win.

With 18 goals to his name, Vlahovic is tied with Lazio’s Ciro Immobile at the summit of the Serie A top-scorer list. The man brought as Cristiano Ronaldo’s replacement is expected to become Juventus’ key man in the remainder of the season.

He’s also expected to score against Atalanta. In fact, he’s Juve’s player with the shortest odds (+475) when it comes to the “anytime goalscorer” market.

With Vlahovic up in the front, Juventus is almost certain to score at least once. And if they score more, a win is guaranteed!

Picks: Juventus to Win; Over 2.5 Goals

Evolution Goes over the One Billion Full-Year Revenue Mark