Supplier of gambling technology Evolution AB opened a new US casino studio in Connecticut and is planning to employ 400 people, a statement from Connecticut Governor Ted Lamont revealed.

“With the addition of Evolution, we are continuing to provide a modern, technologically advanced gaming experience that provides an elevated user experience for eligible residents and is competitive with our neighboring states.”

Evolution already began operations in the Constitution State on July 11 with a seven-day soft launch, offering blackjack and roulette tables to a limited number of players being monitored by the Connecticut Department of Consumer Protection.

Speaking on behalf of the state, Michelle Seagull, commissioner for the Connecticut Department of Consumer Protection, outlined the hard work done by the department’s Gaming Division to “ensure Evolution’s facilities and offerings meet the high standards” of the state’s regulations and help “create a safe” environment for live dealer games within the state’s online gaming marketplace.

“We encourage anyone who chooses to participate in this new form of online gaming to do so responsibly by monitoring their activity and setting limits for themselves utilizing the tools that are required to be available on these platforms,” commissioner Seagull added.

Streaming to Players at DraftKings and FanDuel

Evolution needs to operate an in-state facility as part of its Connecticut license requirements to provide its live games to online gaming operators in the state and if the soft launch shows operations are compliant with state regulations, the Stockholm-listed tech supplier is planning to make its products available to customers at DraftKings and FanDuel when it fully launches operations on July 18.

“Connecticut has proven to be a leader when it comes to the gaming economy going back decades, and this expansion allows those who want to participate to continue doing so, responsibly.”

The new casino studio builds on Evolution’s presence in the US where the company already operates live studios in Pennsylvania, New Jersey and Michigan. It is Evolution’s studio in Pennsylvania that powered the launch of Evolution’s casino offering in West Virginia last month, streaming live roulette and card table games.

Also last month, Evolution opened a live casino studio in the capital of Armenia, Yerevan, to further strengthen its European and global footprint. The studio went live only months after Evolution opened a tech hub in Lisbon, Portugal in March. 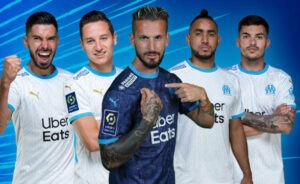