Canadian rapper Drake did not resist the temptation to bet on the NCAA Final Four games which were a first for the man who has recently discovered his passion for betting big with Stake.com, a prominent cryptocurrency sportsbook. He took a wager on Saturday, backing the Duke Blue Devils against the North Carolina Tar Heels plonking down some $100,000 on the game.

It was a close call for Drake, but he ended up losing as the Tar Heels pulled ahead of the Dukes with a close four-point difference, making for one of the most contested March Madness games played this year. Drake naturally lost his wager but he didn’t seem to be in bad spirits about it.

Before placing the wager, Drake shared on Instagram that he has always been a Wildcats fan, but the Kentucky basketball squad didn’t make the cut this year, prompting Drake to go with a friend’s favorite squad instead. The loss prompted Duke’s coach, Mike Krzyzewski, to retire but the game was definitely very even and a delight to behold in person or over the broadcasts.

Some fans joked that there was no way for the Blue Devils to win because of the malicious Drake curse which says that any team or athlete that is backed by Drake has its chances to lose drastically increased. That is of course superstition but it has been used to mostly rib the rapper who has not slowed down his roll when it comes to placing sports wagers.

The Drake Curse Is Not Always True

In February, Drake said he had placed $1.2 million on the Super Bowl. He argued that the money was a commitment to his friend, Odell Beckham Jr., for whom he rooted to win an NFL championship. On that instance, Drake’s curse did not apply and the Rams triumphed in a closely-contested 23-20 game. Drake for his part picked a tidy $1.4 million profit.

Drake may have been a fixture in music, but he is now part of the exciting world of sports betting and we can expect to see him around the time of big events. In similar news, Mattress Mack, the famed furniture store owner who bets big on sports events, has made good on his $5.5 million wager on the Jayhawks to win with the team securing a 72-69 win in the Monday’s finals. 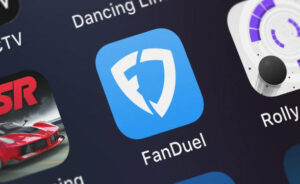 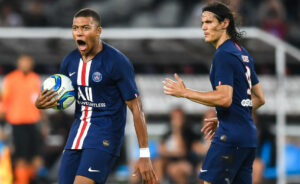