Gambling giant DraftKings released the official report on its second-quarter earnings. The company’s revenue and EBITDA exceeded expectations, improving its overall financial forecast for the remainder of the year. DraftKings stocks reacted positively to the news and jumped by nearly 10%.

The gaming operator recorded revenue of $466 million for the quarter. This fi marks a 57% increase compared to the same period in 2021. The main contributing factor to this growth is the company’s thriving B2C sector, which grew 68% year-to-year, reaching $455 million. DraftKings’ purchase of Golden Nugget Online Gaming (GNOG) and its Ontario launch are two of the events that had the most substantial impact.

As a result of the favorable results, DraftKings raised its revenue guidance for the 2022 fiscal year. The company set an upper bound of $2.18 billion, compared to Q1’s $2.175 billion estimate. The adjusted EBITDA guidance also got corrected to a predicted loss of up to $835 million, down from $910 million.

DraftKings appears to be on the path to recovery after the pandemic. The number of average monthly unique players at the operator’s brands marked a substantial 30% increase compared to Q2 2021, reaching 1.5 million. The company’s Sportsbook and iGaming products performed well in retention and acquisition except for its Daily Fantasy Sports properties, which suffered a limited decline.

Jason Robins, DraftKings CEO, co-founder, and chairman of the board, expressed his satisfaction with the company’s results. He noted that the operator was in a dominating position thanks to strong customer engagement and continued investments in online gambling. According to Robins, the uncertain worldwide political climate had yet to affect the company, and it was ready to approach the coming NFL season.

We remain well capitalized, ready to enter new markets as they become live, and confident in our ability to compete and win with customers.

DraftKings Can Still Grow Despite Challenges

Jason Park, the chief financial officer of DraftKings, was also optimistic about the operator’s future success and stated that they would continue to raise their operating efficiencies.

The company’s recent expansion in Canada is already starting to pay off, despite July’s CAD$100,000 fine by the Ontario Gaming Commission. DraftKings now has a presence in 17 US states and can potentially expand to six more, in some cases even by the end of the year. The most substantial new market is California, where November’s ballot will feature a proposed online sports betting law. It is backed by 1.1 million votes and has significant financial support from operators. The bill will have to compete with the tribes’ rival proposal, aiming to restrict sports betting to tribal venues only.

Regardless of the result, DraftKings still has room to grow, and this most recent earnings call shows that the company is still steadily on the track to profitability. 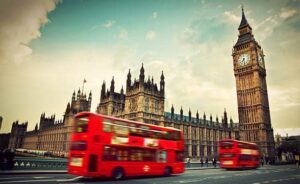