The Alcohol and Gaming Commission of Ontario has issued a new penalty to the tune of CAD100,000 targeting DraftKings. The company received a Notice of Monetary Penalty, the standard document used to notify operators about breaches of the existing gambling law, on Thursday.

DraftKings Latest Company to Be Fined over Gambling Shortcomings

The notice listed shortcomings and breaches of the Registrar’s Standards for Internet Gaming. The penalty has to specifically do with the fact that gambling inducements, such as bonuses, credits, and other promotional materials are forbidden when targeting customers who have not given their explicit consent to receive such promotions once they have been onboarded on the operator’s website.

Bonuses and promotions are allowed when they target existing and already registered consenting users, but DraftKings seems to have missed the mark, the regulator argues, in the period between May 19 and May 31. The regulator named specific offenses related to odds advertisements in the form of boosters during the NHL playoffs.

The advertisement was aired on TV as well as through the company’s social media channels. The company confirmed that it had removed the bonuses as soon as it had been informed about the breaches and remained committed to ensuring that it continues to operate within the regulatory boundaries.

Commenting on this notice, AGCO CEO and Registrar Tom Mungham said that the regulator is committed to regulating the industry and ensuring that all operators meet regulatory demands, designed to protect consumers. Mungham explained:

The AGCO will continue to monitor the activities of all registered operators and hold them to high standards of responsible gambling, player protection, and game integrity. It is in the public interest that we ensure they are meeting their obligations under Ontario’s Gaming Control Act and the Standards.

DraftKings is hardly the only company to have been fined, though. The Ontario private gambling sector launched in April, but confusion over advertisement rules resulted in both BetMGM and PointsBet Canada receiving fines from the regulator.

PointsBet Canada had to pay CAD$30,000 and BetMGM was issued a monetary penalty worth CAD$48,000. Both companies had breached Standards 2.05 of the gambling framework. The offenses cited by AGCO over the past two months have varied from Launch Party promotions to free bets and casino bonuses extended to punters.

AGCO made sure to collect the date of the offenses so it can present a strong argument and have a clear follow-up argument in case of disagreement. Disagreement is not the point though, as operators are confused by the rules and what constitutes acceptable advertisement practices. The matter was once again brought up by various companies during the Canadian Gaming Summit held early last month. 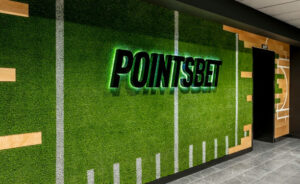 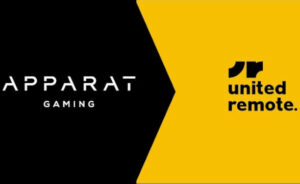