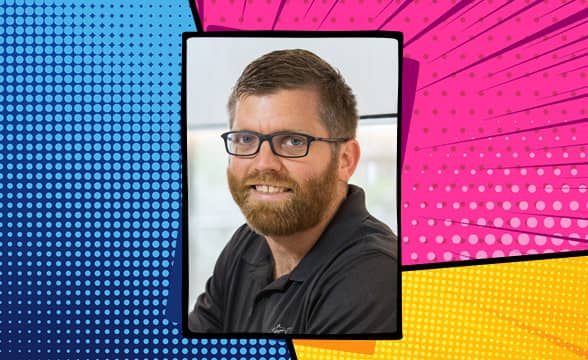 The following article is a commentary by Design Works Gaming CTO Brant Frazee. Mr. Frazee works at one of the industry’s most respected companies with a proven success story and a track record of over 500 unique slot machines for every channel. In his short write-up for GamblingNews, Mr. Frazee sheds light on how his company approaches the creation of a new generation of content and slot development in general:

What makes a game great?

It can sometimes seem easier to produce fantastic and engaging casino content than actually answer this apparently simple question.

This is because despite the huge volumes of data we can now access on the performance of games, it is still sometimes unclear why two seemingly similar titles might enjoy very different fortunes with players.

Dig a little under the surface, particularly into the process by which games are created, and there are ways to not only turn the art of game design into something approaching a science, but also validate the performance prospects of a new release before it hits your players.

Authentic gaming experiences which really resonate with players are hard to come by.

In the same way that a big budget Hollywood movie can still flop at the box office, we also sometimes see AAA blockbuster video slots featuring on point themes and the latest graphics fail to engage casino players.

This is not to say that the ‘superficial’ elements of a slot aren’t important; at a time when players are often presented with thousands of game choices within a single online casino, catching someone’s eye has never been more important.

But often a more vintage vibe finds a way to capture the public mood.

It is why we have seen such a surge in interest in ‘stepper’ slots recently; the games don’t feel contrived, they can engage players on a deeper level, and somehow they manage to provide a sprinkling of the magic one might experience on a night out in Las Vegas.

Of course, quantifying this ‘magic’ is the tough part, but the past 15 years of building games has put us in a position to better understand it.

Broadly speaking, we see it coming down to two elements.

First, there’s the math models. While math may not be what brings a player through the door, it is certainly what keeps them engaged and coming back.

Sadly, it is becoming something of a lost art in our industry. With the demand—and competition—for new content forever on the rise, it has sometimes taken a backseat to other parts of the development process.

Then there’s the temptation, when hitting upon a model which has performed well, to simply try to repeat the trick, reskinning the math across countless games and themes.

We’ve rejected this approach because we’ve found that this shortcut sacrifices the type of authenticity we try to bring to all our games, and it’s why more than 70 percent of our titles feature a unique math model. We’ve now built more than 300 of these models.

The second element is the development process itself, and the way the math interacts with the design, the art, the theme and other components.

Our games tend to start with a math concept rather than a theme. The art and programming then follow, and when the art and math come together, we like to refer to it as the ‘washing machine.’ Here they can get to know each other before further tuning.

This is a way of ensuring that games feel right, and that there is a depth of gameplay that transcends a neat concept or some graphical flourishes.

The final step of this process is validating our titles before releasing them for real money gaming.

We do this in the social casino space; we’ve found a strong correlation between high performers in social and games which can stand apart from the crowd in RMG online casinos.

Millions of real and high-value social casino players, across multiple brands have provided a reliable testing ground for our game development.

I’d argue that validation has never been more important. With thousands of new games being released every year, throwing hundreds against the wall in the hope that a couple stick simply doesn’t work anymore.

Ultimately, a sharp focus on the data is the only way to replicate the authenticity and magic that players demand. 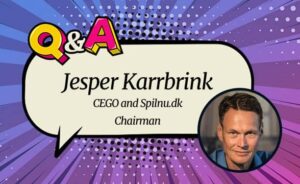