The latest update of the Danish Gambling Authority’s guide on responsible gambling marks the fourth edition. The first version of the guidance dates back to January 2020, but it has undergone an update in November of the same year, as well as another update in September 2021. Now, the latest version implements changes and amendments that seek to enhance the protection of gamblers.

As a part of its latest update, the gambling regulator reminded licensed operators that the deposit limits cannot be “illusory” and must be effective. Spillemyndigheden, acknowledged that users setting deposit limits in thousands, which is more than the deposit allowed to be submitted in the account, should not be possible.

“Examples have shown that it has been possible for players to set deposit limits of several hundred thousand Danish kroner and where no assessment was made as to whether the deposit limit was realistic,“

At the same time, the watchdog said that deposit limits cannot be raised or disregarded when winnings are withdrawn. It said that players must adhere with their deposit limits regardless of the number of withdrawals completed for their account.

Operators Must Not Award Inactivity Bonuses

Focusing on bonuses, Spillemyndigheden’s updated guidance acknowledged that bonuses must not be awarded to players who are inactive. Additionally, the regulator explained that licensed operators must “pay special attention to players who request bonuses themselves, as this may indicate that the player needs to gamble but cannot afford to gamble.”

“Thus, bonuses cannot be awarded based on a player’s inactivity,“

In other words, the gambling watchdog urged operators to stay vigilant and monitor closely users who request bonuses. On the other hand, Spillemyndigheden pointed out that online customers must not be lured with inactivity bonuses. 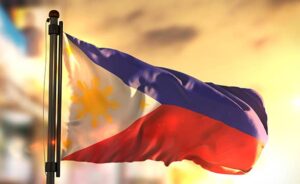 Industry December 7, 2022
Jade Entertainment Teams up with BetConstruct for a New Sportsbook