One of the primary use cases for blockchain technology is real money gaming. The ability to process micropayments instantly and store data on an immutable public ledger are natural calling cards for the gaming industry. So far, only one blockchain has shown the ability to scale and process transactions at fractions of a cent: Bitcoin Enterprise Blockchain (BSV).

In July, BSV demonstrated its ability to handle gaming transactions at scale when a single-player fantasy RPG game, in which players fight to earn real money and valuable NFTs, went viral.

During the Crypto Fights surge on BSV, fees remained at a mean average of $0.00332, and no bottlenecks occurred.

Despite the negligible transaction fees, Crypto Fights was generating over $2,400 in mining fees daily at its peak. These fees incentivize miners to process transactions even after the block subsidy runs out, making BitcoinSV a sustainable electronic cash system long after the supply of new coins in each block diminishes.

Crypto Fights is the first game to go viral on BSV, but it’s not the only one that exists. A popular casino app called Peer Game demonstrates the ability for BSV to run iGaming applications at scale.

This casino app, which offers baccarat, roulette, dice games, coin flips, and some alternative casino games, routinely processes tens of thousands of wagers daily. It also settles them on-chain without ever needing to take custody of player funds. Each wager also leaves an immutable record, allowing players, operators, and auditors to verify each transaction and gather valuable data for analysis.

Is there a scaling limit to BSV? nChain’s CTO Steve Shadders recently demonstrated that it’s capable of 50,000 transactions per second with plans for much bigger transaction volumes in the future. Proponents of BSV such as Calvin Ayre and Dr Craight Wright do not believe there is an inherent scaling ceiling, allowing BSV to handle unlimited transactions for the iGaming and other global industries. 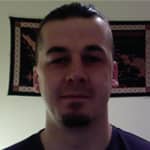 Gavin is a tech enthusiast with a specific interest in digital currencies and BSV blockchain. He's also a full-time SEO and content writer in iGaming. Aside from that, his passions are his family and exploring new places.