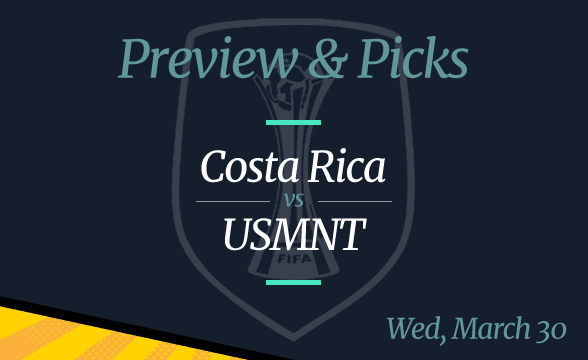 It’s time for the final round of the World Cup qualifications in the CONCACAF region. As things currently stand, the United States men’s national team should be able to book a direct ticket to Qatar. The only way for that not to happen is if the USMNT lose to Costa Rica on Wednesday evening by a big goal difference.

Betting odds, however, suggest such a scenario will not play out. Instead, online sportsbooks see the USMNT as the favorite.

The top three teams in the World Cup Qualifications in the CONCACAF zone get to the final tournament directly. The team that finishes the qualification campaign in the #4 spot gets to play the international playoffs.

Both the USMNT and Costa Rica will surely finish among the top four positions. The question is in which positions. Ahead of the final round of the CONCACAF World Cup qualifiers, the United States is in the #2 place with 25 points, which is the same as third-placed Mexico. Costa Rica is in the #4 place with three points fewer.

What this means is that if Costa Rica beats the USMNT on Wednesday, the two will finish on equal points. In that case, the tiebreaker is going to be the score difference. Right now, the USMNT is 21-8, while Costa Rica’s score difference is 11-8. Meanwhile, Mexico (who plays El Salvador in the final round) is 15-8.

Knowing all this, the only way for Costa Rica to qualify for the World Cup directly is to blow-out the USMNT. The question is can they do it? Judging by what we’ve seen from Costa Rica over the last couple of months, the answer is that they might. This team is without a loss since November, with five wins in the previous six qualifiers.

Team US Has Player Quality on Its Side

The Americans are coming off an impressive 5-1 win over Panama in the previous round of the World Cup qualification. Their best players Christian Pulisic scored a hat-trick in that game, while the other two happened thanks to the efforts by two FC Dallas forwards, Paul Arriola and Jesus Ferreira.

The only goal the USMNT conceded in that game happened in the 84th minute when everything was already over for Panama. Anibal Godoy scored the goal from a free kick. It was a fantastic shot, although the USMNT goalie could’ve reacted better.

The man in question is Zack Steffen, a backup goalkeeper for Manchester City, who got the job between the posts in Team US after the first-choice goalie (Matt Turner) got injured.

It’s very likely that we’re going to witness a lot of goals in this game. With Costa Rica having nothing to lose, these guys will go all-in. Considering that they’ve scored at least a goal in five of their previous six qualifiers, it’s only logical to assume Costa Ricans are going to do it once again.

Of course, the USMNT, is likely to fight back. Knowing how powerful the US players are in the offense, no one should be surprised if they scored a couple of goals on Wednesday.

Picks: Costa Rica vs USA to draw; over 2.5 goals 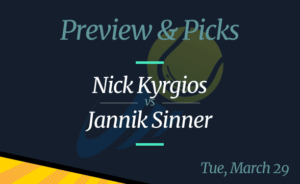