China continues to clamp down on illegal gambling operations and has introduced new measures including a “black list” for gambling destinations and new criminal offenses related to the activity.

On Thursday, China’s Ministry of Public Security revealed that Chinese authorities had identified nearly $150 billion in transactions linked to cross-border gambling activities. China, which is adamant against gambling, has been mounting serious efforts to put an end to the practise.

The country has been actively seeking to contain the spreading of overseas wagering, some of which has thrived with the help of blockchain and cryptocurrencies. In a recent bust, 76 individuals were arrested for facilitating transactions to over 120 foreign gambling websites.

China has rolled out a restrictive set of measures to not only stem the tide of gambling, but also prevent citizens from physically leaving the country for the purposes of gambling. In August, the China’s Ministry of Culture and Tourism introduced a “blacklist system,” for destinations associated with the measure.

However, the ministry tersely stated that these locations posed a direct risk to the personal and property safety of Chinese citizens. While no details were presented, the measure is unlikely to apply to Macau.

Rather, authorities are concerned about kidnappings from casino resorts in Southeast Asia, and specifically the Philippines and Cambodia. Affluent Chinese are lured away to exotic places to only find themselves entrapped and held against their will in exchange for ransom.

Some 55 Chinese nationals were kidnapped between 2017 and mid-2019, according to official data, most of whom were tempted by the promise of gambling. China is also pushing ahead with another law that is designed to criminalize any attempts to “organize and solicit” wagering abroad, a direct response to the kidnappings.

While the $150 billion outflow from the country in gambling transactions is definitely not ideal, authorities have been acting quickly, and the Ministry of Public Security has described the progress made as “significant.”

As per official data published by the ministry, some 8,800 cases were investigated by September 30, 2020 and 60,000 suspected had been arrested. Some 1,400 operations offering illegal gambling products were busted and 590 overseas nationals were arrested with the assistance of foreign police authorities.

Crackdowns have continued this year in cities such as Dongguan, Guangzhou, Huizhou, and Zhanjiang in Guangdong. However, the ministry struggles to keep up with tech-savvy criminals who have set up foreign servers to allow Dongguan residents to gamble illegally. 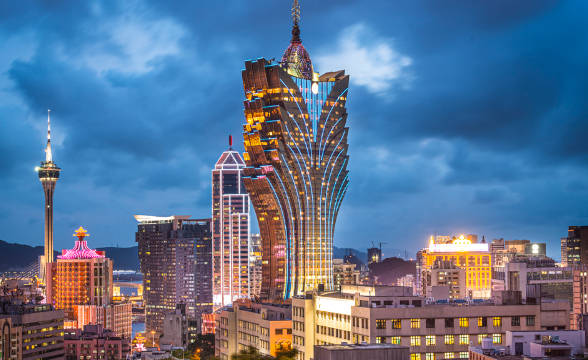