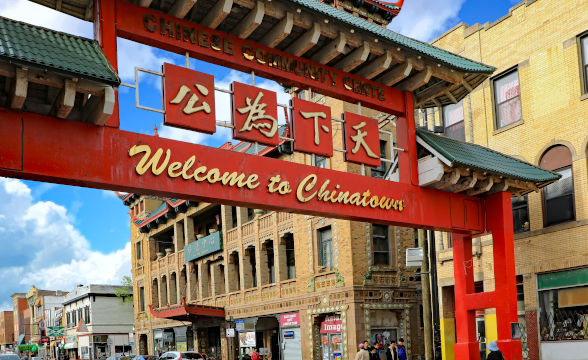 Chicago is keen on adding another casino to the city, with both the mayor and city council thinking the move to be a worthwhile one for the local economy and future prospects. Yet, the place of the venue is debatable as NIMBYs are putting up a fight to keep what they consider a socially-impactful project off their immediate vicinity.

So far, there are three finalists looking to develop a new casino project. Those are Hard Rock, Bally’s Corporation, and River’s Casino. All projects are fairly similar in their parameters, offering roughly the same investment and future value from realizing the projects.

Their key difference is where they would be located. Bally is offering to pitch at the current Chicago Tribune site, whereas Hard Rock wants its project to take place close to Soldier Field, a strategically picked location. The one that seems to be facing opposition from the locals is Chinatown’s River’s Casino $2 billion project.

Local opposition is serious as it’s considered by the committees that allocate the approval for the creation of such projects. Chinatown’s project is likely to face a lot of local opposition. Chinatown resident Dr Kim Tee spoke to Fox 32 and said what motivated the local community to stand up:

Having a casino would damage the community, the nearby neighborhoods badly. Such as increase the traffic, more crime that we already have. And gambling addiction.

A winner is expected to be picked later this year in June. According to mayor Lori Lightfoot, though, there is a good reason to want to push ahead with a new casino project regardless of the location – it’s all about tax money.

Economic Opportunity Waiting to Be Seized

The mayor and her team believe that another project would help ease the burden on taxpayers for the foreseeable future while creating new jobs and driving the economy.

The alternative might be raising taxes. Midwest Asian Health Association Dr Hong Liu though joined those opposing the project in Chinatown and argued that for the communities based in the area, a casino would feel like damaging to the community’s safety, and also lead to potential gambling addiction problems. More information is forthcoming about the casino projects and the way they have been currently pitched.