Casumo and Reading FC Once Again Support the LGBTQ+

The collaboration will see Casumo show its devotion to the initiative through a change of its logo, switching its usual branding to a red heart. Reading FC, on the other hand, will temporarily replace its white nets with ones bearing the signature rainbow of the LGBTQ+ movement.

Sports enthusiasts have already seen Reading FC’s rainbow-colored nets before, and this won’t be the first time the club has shown that it cares for the LGBTQ+ and the community. Previously, the football club has featured the special nets in its recent matches against Hull City and Nottingham Forest.

Casumo and Reading’s endeavors are a part of the Rainbow Laces inclusivity initiative that aims to demonstrate that the soccer community in the United Kingdom has evolved and is willing to accept anyone, regardless of their personal features or sexual orientation. The Rainbow Laces campaigns aim to show that the LGBTQ+ is welcome and what matters is the shared love for the sport, rather than individual preferences.

Sports Is Here For Everyone to Enjoy, Paunović Said

Mark Strijbosch, the sports marketing communications specialist at Casumo Group, spoke about the company’s decision to support the Stonewall Rainbow Laces initiative for a second year. He revealed that his company is delighted by the opportunity to help the inclusivity endeavors and support a better and kinder future for the sport.

Veljko Paunović, the manager of Reading FC, spoke about the idea of making soccer accessible to anyone. For him, the sport is more than a game and is rather a way of life. Therefore, Paunović believes that the spirit of soccer should transcend the barriers that so often separate people. He is firm that the sport, which “we all live and breathe,” is something that should aim to bring everyone closer together, instead of dividing them. Continuing to talk about inclusivity, Paunović said:

“As a sport, it is here for everyone to enjoy, inclusive in its very nature. And it has to continue to be open and accessible to all.”

British sports as a whole have started to realize the need to unite people instead of dividing them, and various initiatives have sprouted up, aiming to propagate inclusivity in sports. Betting operators have also demonstrated that they aren’t indifferent, with Stake.com supporting the LGBTQ+ through a partnership with Watford FC and Kindred backing the Racing Is Everyone’s Sport initiative.

Reading FC will soon take out its rainbow nets once again, starting with the game between the organization’s women team and Chelsea. The match is scheduled for December 11. 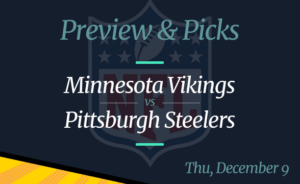