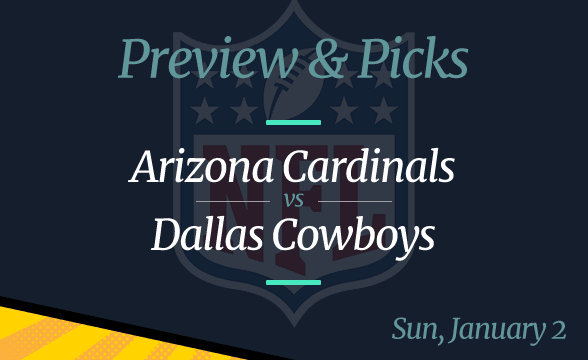 The Arizona Cardinals are no longer at the top of the NFC West division. After losing three straight games, they’ve been overtaken by the Los Angeles Rams who now have one win more.

The good news for the Cards is that they still have a chance to get ahold of the divisional title, but for that, they need to win their remaining games. This includes the Week 17 game against the Dallas Cowboys at AT&T Stadium in Arlington, TX.

All odds are per FanDuel as of December 27.

Arizona is Still in the Game for the NFC West Title

The good news for the Cardinals is that whatever happens in the remainder of the regular season, they will make the playoffs. Even if they lose the two remaining games, they will get to the postseason via Wild Card.

However, if they win those games, they will have a chance to win their division. Still, for that to happen, they also need to see their NFC West rivals, the Rams, losing at least once.

The Cards’ biggest worry at the moment is that their form has been horrible. They lost their previous three games, including the one against the Detroit Lions, the worst team in the NFL.

Dallas is the NFC East Champion

After beating the Washington Football Team last weekend, the Cowboys have secured the divisional title. What this means is that their job is done in the regular season. Instead, they can start preparing for the playoffs.

The key to doing well in the postseason is ensuring that their key men are fit and injury-free. This is why we might not see their superstars getting too much playing time in the remainder of the season. For instance, their coach Mike McCarthy might decide to give quarterback Dak Prescot some rest in Week 17.

On the other hand, McCarthy might decide to test his key players against one of the top Super Bowl candidates. Still, even if he puts his best players on the field, they probably aren’t going to push too much if that would mean risking an injury.

That said, it’s very likely that we’re going to see the Cowboys losing. After all, they have nothing to fight for, while their opponents are super-motivated.

Picks: Arizona Cardinals to win; under to hit