Illinois lottery operator Camelot Illinois has brought a new improvement to the state’s lottery by introducing the Scan-N-Play feature. This feature is the freshest addition in a long row of innovations that can be attributed to the lottery’s Fast Play offering.

Players who choose to buy a physical Fast Play ticket will be able to instantly scan it using the state lottery app and watch the game come to life on their device. Players will get to learn if they have won any prizes thanks to this new digital reveal feature.

There are several other lotteries in the US that provide similar instant win games, most of them resembling scratch cards. However, Illinois Lottery is the pioneer lottery to ever animate its games, turning the obsolete black and white lottery ticket into a fresh and entertaining play experience online.

Camelot Illinois’ vice president of product and partnership Tina Wolf called their Fast Play option “modern, engaging, convenient.” She also added that the same feature is capable of effectively drawing in a larger crowd curious to experience a brand new way of playing the lottery. At the same time, the bigger influx of players is also generating more responsible growth for the company that places consumers and social responsibility at its core.

Camelot Illinois is continuously involved in important projects that help it offer its support and funding to schools in local communities, special causes, and a series of capital projects.

Weekly Per Capita Sales Went Up by More Than 500%

As soon as the Fast Play games were finally released in the online world, it only took about five months for the operator’s per capita sales on a weekly basis to grow by more than 500%. As for the number of fresh players that the new games attracted online, the figure also went up by 40%. The numbers come to prove the excellent potential of the Fast Play offering.

Originally, the Illinois Lottery only launched Fast Play games at its retail locations in September 2020. The online version was launched towards the end of 2021 with the help of the lottery’s dedicated app and official website.

As of today, players can get access to a total of ten Fast Play games available both online and in retail shops. The main reason behind the design and release of the Fast Play portfolio is to create excitement for current lottery players while increasing the lottery’s chance of bringing in new ones. 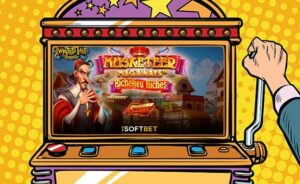 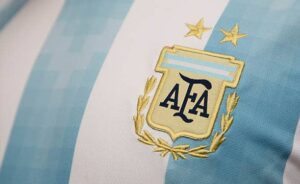 Industry May 26, 2022
BetWarrior Named the Official Sponsor of the AFA