Caesars Sportsbook lost a legal dispute with a bettor and got a fine from the New Jersey Division of Gambling Enforcement.

Caesars Sportsbook Denied to Pay Out Winnings of $27,000

Associated Press reported that Caesars Sportsbook has been tied up in a legal dispute with one of its clients since last year.

A bettor made a wager on a hockey match between Vityaz Podolsk and Dinamo Riga, which took place on December 22, 2021, and was part of the Kontinental Hockey League, based in Asia and Europe. The bettor put his money on 4,5 or more goals scored in the match. The teams scored a total of 5 goals in the game.

The bettor expected a fat payout of $27,000 but his wager was marked as a loser. When he contacted Caesars Sportsbook, he was informed that one of the goals was scored in the overtime of the match and does not count as overtime is excluded when Caesars Sportsbook determines whether a bet is a winner or loser. On these grounds, Caesars Sportsbook refused to make a payout to the bettor.

The patron did not agree with Caesars Sportsbook’s decision and highlighted that according to the sportsbook’s own terms of service his bet is a winning wager.

Similar disputes may arise from the 2022 FIFA World Cup tournament as wagers on the soccer matches are usually determined as winning or losing based only on the score during regular time.

As the Caesars Sportsbook patron did not succeed in getting a payout from the company, he took the case to the New Jersey Division of Gambling Enforcement (NJDGE).

The NJDGE examined the dispute and stipulated a decision in favor of the bettor.

According to Deputy Attorney General Charles Kimmel, overtime is not included when determining winning and losing bets only in case the market in question has not stated specifically that it is included.

In the case in question involving the Kontinental Hockey League, the market has expressly stated that overtime and shootout goals are counted towards sports wagers.

As a result, the NJDGE ordered Caesars Sportsbook to mark the bet as a winner and to pay out the bettor’s winnings. So in the end, the patron is going to receive the amount of $27,000.

The NJDGE has also imposed a fine of $500 on Caesars Sportsbook, which is the lowest possible considering that such fines could be up to $2,000. 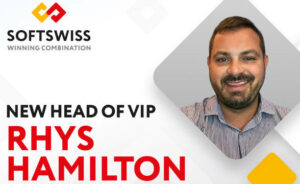