The scramble for sports talent at the United States’ best sports betting operators continues as Caesars Entertainment is reportedly looking to make a move for Adam Schefter, an acclaimed ESPN NFL analyst.

With Schefter’s contract set to expire in 2022, Caesars Sportsbook could be looking to bring in the 54-year-old NFL veteran to boost its own coverage. Schefter has been with ESPN since 2009 and has established himself as one of the leading names in sports analysis and the National Football League in particular.

Now, Caesars wants to reinforce its coverage and offer more worthwhile and actionable insights to its customers as the company continues to scale up its digital offering across the US and provide customers in regulated states with mobile betting solutions.

Caesars has not been slowing down in its crusade to acquire the most talent either, similar to competitors. The company added NFL analyst Kenny Mayne and Trey Wingo, and the company is currently exploring the opportunity to tap NBA insider Adrian Wojnarowski.

Not One But Three Companies Could Be Bidding for Schefter

Schefter’s hire, though, as reported by Front Office Sports, seems to be tangible. According to the outlet, Schefter could play a pivotal role in helping Caesars Entertainment continue building up in the highly competitive sports gambling landscape in the US.

This, in turn, means that the NFL analyst could elicit a big paycheck from the company. Based on Front Office Sports, Caesars is not alone in trying to secure Schefter. FanDuel and DraftKings could try to offer him similar deals, which could lead to even better opportunities for Schefter.

The NFL analyst has been caught in what some have described as controversy. Apparently, in 2011 he sent an email to the Los Angeles Times asking if the article should in any way be tweaked. The editor at the time, Bruce Allen, was referred to as Mr. Editor in the email.

This has been misconstrued as “favoritism,” but Schefter was only doing what every good journalist would do. He was asking his editor to verify the facts and have a second opinion on the writing. ESPN has taken its analyst’s position and said that Schefter stood for everything that ESPN does, and that is to provide fans with “an accurate, fair and complete story.” 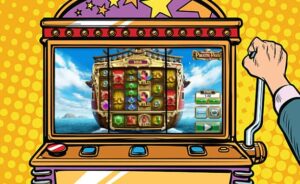