The launch of Spin Games’ Remote Game Server (RGS) and an initial library of 11 game titles via iGaming websites of DraftKings and Mashantucket Pequot Tribe in Connecticut marked the fourth US jurisdiction where RGS and Spin Games’ casino content is available, following previous launches in New Jersey, Pennsylvania and Michigan.

Commenting on the announcement, Bragg Gaming’s chief executive officer Yaniv Sherman outlined the importance to launch into a new online casino market following the acquisition of Spin Games. Bragg acquired Spin Games in May 2021 to leverage its technical, product regulatory and compliance know-how in the US.

Spin Games is already well-established in the North American market and provides Bragg with a unique platform which we plan to leverage to further expand with our brands in the region.

Among the first Spin Games titles offered in the Constitution State are top-performing games such as Ripley’s Big Wheel and the extremely popular 21 + 3 Progressive Blackjack provided by Galaxy Gaming. Internally developed Triple Jewels, Get Hot and Gypsy Riches complete the online casino offering.

Following our entry into the Ontario iGaming market three months ago, our entry into Connecticut is another important proof point of our North American growth strategy, which will continue to accelerate as we debut our offerings in additional states as they enact regulations

Sherman outlined that RSG’s capabilities and “growing portfolio of proprietary and exclusive third-party content” empower the company to take a leading position in the North American iGaming supplier market.

After the launch in Connecticut, Bragg Gaming is planning to expand into multiple iGaming regulated jurisdictions in the US this year, offering gaming content from its proprietary Atomic Slot Lab studio and third party developers.

Recently, Bragg Gaming announced an expansion of its partnership with Kalamba Games to enable the distribution of Kalamba player-favorite slot titles via Bragg’s RGS, targeting regulated markets in the US and Ontario in Canada.

Outside of North America, Bragg’s ORYX Gaming launched online casino content in the Netherlands with Fair Play as part of its strategy to double down on its presence in the country 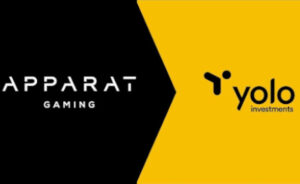