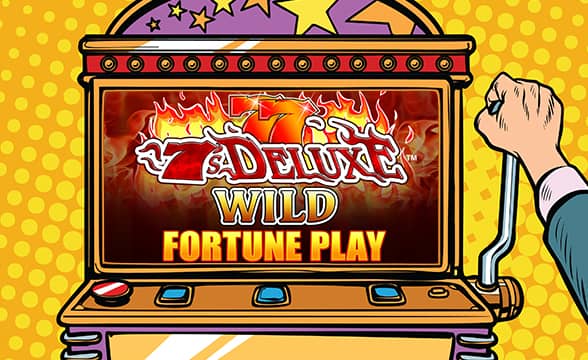 Leading UK-based online and mobile slot developer Blueprint Gaming has hit the refresh button on its beloved 7x Deluxe series. The gaming studio that belongs to the Gauselmann Group in Germany has released 7s Deluxe Wild Fortune Play. The new title brings a few interesting additions to the classic format of the game appreciated by many global players. Among them, a fourth reel on the grid, cool game mechanics like Fortune Play and Super Ways, and 81 ways to win.

Players who are familiar with other 7’s Deluxe titles will easily recognize the standard Fruit, Bells, Fruit, and 7’s part of the grid, the flames-based background, and arcade-like soundtrack. The low-paying symbols in the game are cherries, oranges, and lemons, followed by mid-range symbols including watermelons, plums, standard BAR symbols, and golden bells. Fiery number 7 is the main point of attraction as it is the highest-paying symbol able to bring players massive wins of up 160x their initial bets. Players must land at least three matching adjacent symbols from left to right to score a win. The wild can pop up randomly on any of the reels, covering several positions at a time and triggering a max reward consisting of 2,000x the stake.

As for the gameplay itself, the developer chose a much fresher approach. The new game comes with a fourth reel along with a series of unique game mechanics. Among them, the Super Ways mechanic used to replace the fixed lines part of the old games in the series, wild symbols with multipliers of up to x8, Fortune Play, and 81 winning combinations.

The game features a Fortune Play button to the left of the reels. Enabling this feature by clicking on it means opening four reel sets. Each set counts four reels and three rows with an identical number of paylines. Before the reels start spinning, players must choose a bet and wait for the wilds to begin transferring from one set to the other, creating huge winning chances. Each of the wild symbols involved in a win also triggers double the payout.

Blueprint Gaming’s director of key accounts and marketing UK, Jo Purvis, called the return of the 7s series a “fantastic” event. At the end of May, the developer launched Lucky Nuggest Megaways, a mining-themed slot game. 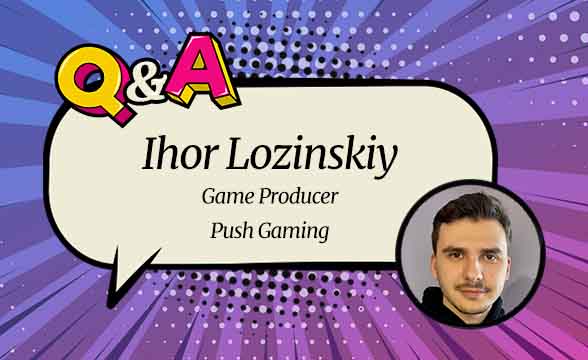 In this conversation with Push Gaming game producer Ihor Lozinskiy, we talk about the company’s latest slot game, Mad Cars. Set in a post-apocalyptic world, the game is a continuation of Push’s overall strategy to build titles that are distinct and original and bring entertainment value to players. Inspired by different cultural nodes, such as […]